Hispanic women living in the United States experience higher rates of obesity than non-Hispanic white women. Now, new research from the University of Washington School of Public Health suggests that Hispanic women are less likely to believe that genetics is a trigger for the chronic disease – largely due to cultural variation in health beliefs. 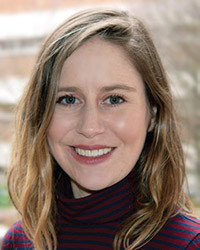 In a study of 1,018 women in Washington state, researchers found that Hispanic women were 33 percent more likely than non-Hispanic white women not to believe “at all” that obesity may be influenced by genes passed on from a parent to their child. Hispanic women were also five percent more likely not to believe “at all” that physical activity is linked to obesity.

The researchers went on to show that Hispanic women born in the U.S. or completing the study survey in English had similar causal beliefs as non-Hispanic white women. These two indicators of acculturation, or assimilation to mainstream U.S. culture, accounted for the most variation in health beliefs.

“Our results highlight the need for more research about the causes and consequences of cultural variation in health beliefs to make sure that obesity prevention and control interventions are broadly effective,” said lead author Dr. Sarah Knerr, acting assistant professor of health services at the UW School of Public Health. “This may be particularly important for health promotion interventions that emphasize genetic risk factors.”

Researchers used data from the Socioeconomic Status and Obesity Study (SESO), a longitudinal cohort study of women ages 30 to 50 years. Participants of the UW School of Public Health study, which included 515 Hispanic women and 506 non-Hispanic white women, had self-reported their beliefs about the causes of obesity in an SESO survey. Results were compared by ethnicity and acculturation indicators. Findings were published Dec. 15, 2017 in Ethnicity & Health.

Participants were asked, separately, whether they believed obesity was inherited, caused by not eating a healthy diet, and caused by not exercising regularly. Response options fell on a four-point Likert-type scale that included 1) don’t believe at all, 2) believe a little, 3) believe quite a bit and 4) believe a lot.

“The low perceived relevance of genetic factors to less acculturated women may pose a challenge for widespread implementation of personalized or ‘precision’ approaches to obesity prevention and control,” according to the study. The authors highlight the need for additional research on genetic causal beliefs in diverse populations, including recent immigrants, as discussion of inherited risk becomes a more common part of health care and public health practice.