Arizona Researchers Contribute to CDC Study that Estimates 1 in 59 U.S. Children Have an Autism Spectrum Disorder

Researchers from the University of Arizona Mel and Enid Zuckerman College of Public Health participated in the U.S. Centers for Disease Control and Prevention (CDC) study that estimates 1 in 59 children in the United States has been identified as having an autism spectrum disorder (ASD), based on tracking across multiple areas of the nation. 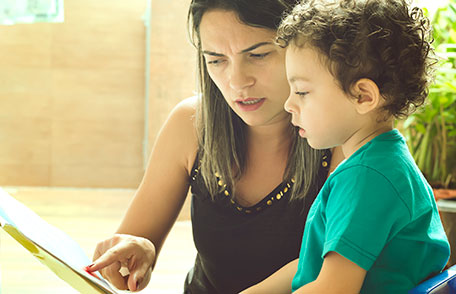 Dr. Margaret Kurzius-Spencer, assistant professor of pediatrics and public health and Dr. Sydney Pettygrove, epidemiologist and assistant professor in the UA Mel and Enid Zuckerman College of Public Health, are co-principal i;’nvestigators for the Arizona Developmental Disabilities Surveillance Program (ADDSP). The ADDSP is the Arizona site of the CDC Autism and Developmental Disabilities Monitoring (ADDM) Network.

Their team reviewed special education and clinical health records of 8-year-old children living within the boundaries of 11 school districts in Maricopa County during 2014 to determine the prevalence of ASD and intellectual disabilities in that region.

“Together, we can make a difference,” said Dr. Pettygrove. “Parents can track their child’s development and act early if they have a concern. Providers can acknowledge and help parents act on those concerns. Parents and professionals can join forces to ensure that all children with autism get identified and connected to the services they need as early as possible.”

“The prevalence of autism has increased markedly since the early 2000s,” said Dr. Kurzius-Spencer, a researcher with the UA Steele Children’s Research Center. “We know there are many children living with autism who need services and support, both now and as they grow into adolescence and adulthood. More needs to be done to ensure children are evaluated as soon as possible after developmental concerns are identified.”