Expanding agribusiness in Sonora, a state in Northern Mexico, has increased the demand for temporary migrant agricultural workers. Sonora has one of the highest rates of pesticide use in Mexico.

Researchers at the University of Arizona Mel and Enid Zuckerman College of Public Health conducted an exploratory study to evaluate exposure to organophosphate (OP) and pyrethroid pesticides among migrant farmworkers. The study, “Migrant Farmworkers’ Exposure to Pesticides in Sonora, Mexico,” was published in the International Journal of Environmental Research and Public Health in November 2018.

The investigators recruited a sample of 20 migrant farmworkers from a large commercial grape farm during the harvest season. They administered a questionnaire on work activities, exposure characteristics, and socio-demographics. Urine samples were also collected to quantify pesticide metabolite concentrations.

Most participants were originally from the state of Chiapas, Mexico, none had completed high school, and about half spoke an indigenous language as well as Spanish. The majority of participants had detectable concentrations of pyrethroid and organophosphate biomarkers.

The results also suggest that migrant farmworkers in this region are exposed to pesticides at higher levels than other farmworkers’ studies. Farmworkers’ age, language, training on personal protective equipment, time at the farm, and season, were significant exposure determinants.

The authors Mr. Nicolás López-Gálvez and Ms. Rietta Wagoner are doctoral students in the environmental health sciences program at the UA Zuckerman College of Public Health. 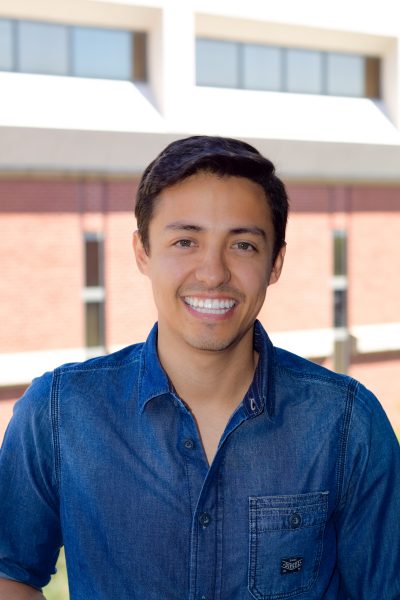