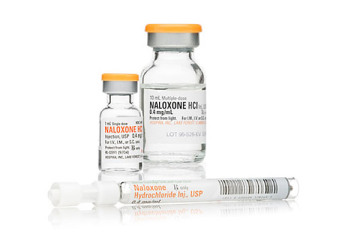 “I think this is a great example of research driving policy and practice,” says Mr. Kinsman. “Research published in 2013 by Corey Davis from the Network for Public Health Law showed that while every state allowed paramedics to administer naloxone, EMTs could only administer it in 13 states, and only 3 states allowed EMRs to do so, and we’ve got this massive opioid crisis going on. Folks in public health and EMS realized this was a problem especially in rural areas that often have fewer paramedics, and so states started making emergent changes to their EMS licensure levels’ scope of practice law or policy so that EMTs and EMRs could administer naloxone. And now it seems the policy review Kathy Robinson and I conducted may have encouraged the last few states to make changes to their EMS naloxone policies as well.”

Mr. Kinsman and Ms. Robinson used a multi-tiered approach to review each state’s EMS policy on naloxone that involved first determining the EMS licensure levels defined in state law and second whether each of those defined licensure levels were authorized to administer naloxone. “Some states do not have EMRs or AEMTs, and every state is a little different in how they authorize procedures and medications for EMS,” says Mr. Kinsman. “Some have a scope of practice for every licensure level defined in state statute or code. Other states have protocols or guidelines for each licensure level that are defined by a state office of EMS or a state medical board. So, it was great to have Kathy Robinson and NASEMSO as a partner on this research because they have knowledge of the different ways states define what medications can be administered by EMS.”

“My ASPPH fellowship with NHTSA has been outstanding,” says Mr. Kinsman. “It was great to transition from my MPH program into the fellowship, where I could immediately start putting the skills and knowledge that I learned as a student to work impacting population health. This is the fifth research project I have worked on related to EMS and the opioid crisis and the second that has been published.  So as an ASPPH fellow, I have had a lot of great opportunities to improve the public’s health while developing my public health career.”

May 3, 2018 "Envision Research Institute and National Industries for the Blind Policy & Employment Fellowship" May 3, 2018 "IPEC Institute on Interprofessional Education, Building a Framework for Collaboration, a Success "