Women have an increased risk of pulmonary hypertension (PH) but better survival compared to men. However, few studies have explored sex-based differences in population-based cohorts with PH. Additionally, veterans are characterized by a particularly high prevalence of PH, and the presence of PH is a strong predictor of increased mortality in this population. The researchers of this study therefore sought to determine whether sex is associated with hemodynamics and survival in a cohort of U.S. veterans who underwent right heart catheterization (RHC) in whom outcomes were tracked as part of a national clinical quality initiative, the Veterans Affairs (VA) Clinical Assessment, Reporting, and Tracking (CART) program. 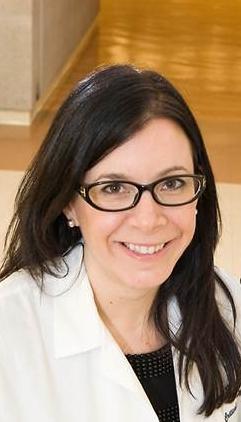 This study, headed by lead author Dr. Corey Ventetuolo, assistant professor of medicine and assistant professor of health services, policy, and practice, hypothesized that PH and precapillary PH women would have less severe hemodynamic impairment as compared to men and that women would have more favorable survival as compared to men with PH and precapillary PH.

The study population included 15,464 veterans with PH, 516 (3 percent) of whom were women; 1,942 patients (13 percent) had precapillary PH, of whom 120 (6 percent) were women. The relationship between sex and hemodynamics was assessed with multivariable linear mixed modeling. Cox proportional hazards models were used to compare survival by sex for those with PH and precapillary PH (mPAP ≥ 25 mm Hg, pulmonary artery wedge pressure [PAWP] ≤ 15 mm Hg and pulmonary vascular resistance [PVR] > 3 Wood units) respectively.

This article was published in PLOS One, November 2017.