Men who have sex with men (MSM) account for nearly 70 percent of new HIV diagnoses, with young black MSM at the highest risk for infection in the United States. Pre-exposure prophylaxis (PrEP) can decrease HIV acquisition in at-risk individuals by over 90 percent. However, therapeutic efficacy requires a daily pill, posing adherence challenges. Experimental modalities, including injectable PrEP given once every two months, may improve adherence among those most in need. 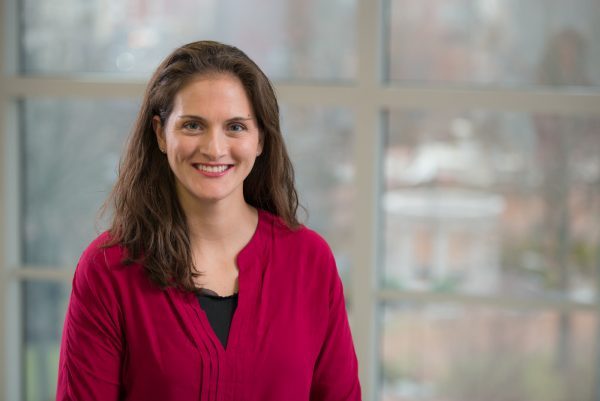 This study, spearheaded by lead author Dr. Katie Biello, assistant professor of behavioral and social sciences (research), and assistant professor of epidemiology (research), aimed to assess differences in interest in and preference for oral versus injectable PrEP, and reasons for not being interested in injectable PrEP, among a national sample of MSM in the U.S. Additionally, they examined variances in interest and preference by sociodemographics, particularly age and race/ethnicity, and behavioral factors, given the disproportionate burden of new infections in racial and ethnic minorities and in the young.

To assess interest in and preference for injectable PrEP, an online survey was mounted on two popular MSM sexual networking apps. Differences by age, race, and other characteristics were examined using multinomial logistic regressions. Of 4638 respondents, 73 percent expressed interest in injectable PrEP and 47 percent indicated they would prefer an injection (compared to 17 percent who prefer a daily pill and 36 percent who were unsure).

Ultimately, the results of this study suggest that some subgroups of individuals who are at the highest risk for HIV infection and have the lowest uptake of and adherence to oral PrEP, including black and Hispanic MSM, younger MSM, and individuals with higher behavioral risk, are most likely to be interested in and prefer injectable PrEP to oral PrEP. If the clinical trials demonstrate efficacy of injectable PrEP, and if injectable PrEP access and uptake among younger, black and Hispanic MSM reflects the level of interest that was seen in this study, this new modality could profoundly curtail the HIV epidemic in the U.S.

The article “MSM at Highest Risk for HIV Acquisition Express Greatest Interest and Preference for Injectable Antiretroviral PrEP Compared to Daily, Oral Medication“, was published in AIDS and Behavior on November 8.