Latin America has undergone rapid urbanization in recent years, with large numbers of internal migrants moving from rural areas to cities in search of education and employment. Demographic characteristics of neighborhoods in these cities are changing, and many neighborhoods are now seeing overcrowding, inequality, and higher levels of stress.

The study, published in Social Psychiatry and Psychiatric Epidemiology, found individuals living in neighborhoods with a lower proportion of migrants were 25 percent less likely to meet criteria for mood and anxiety disorders, regardless of their own migrant status, but that individuals living in neighborhoods with a higher-than-average proportion of migrants had similarly low odds of experiencing these disorders. 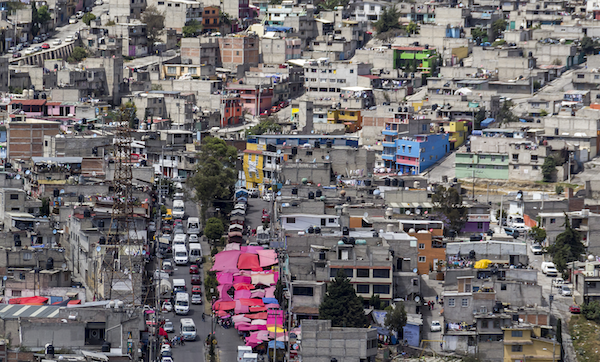 The finding in migrant-dense neighborhoods “could potentially be attributed to social support among migrants from common areas settling in certain neighborhoods and the creation of migrant enclaves,” says lead study author Ms. Laura Sampson, a statistical analyst and doctoral student in the department of epidemiology at BUSPH. “This type of support could have a buffering effect against increased stress due to overcrowding and rapid urbanization.”