“We can get more done by listening to each other, respecting each other, and working together.”

That sentiment formed a core element of Boston University School of Public Health doctoral student Ms. Tami Gouveia’s successful campaign to become the next state representative for Massachusetts’ 14th District. On November 6, Ms. Gouveia won a landslide victory for the House seat that represents the towns of Acton, Carlisle, Chelmsford, and Concord. 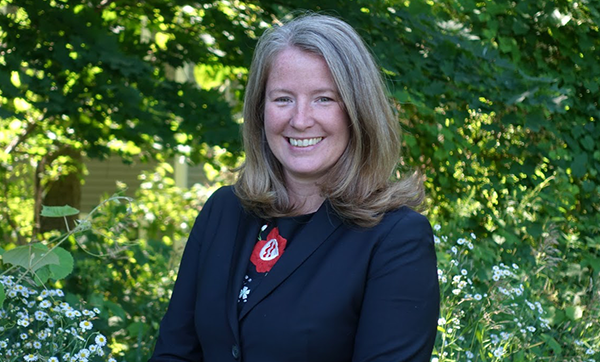 Unlike many political campaigns that embrace vitriolic discourse, Ms. Gouveia and her Green-Rainbow Party challenger Mr. Danny Factor maintained courteous interchanges throughout the campaign, and in her speech on Tuesday, Ms. Gouveia encouraged her supporters to reach out to Factor as an ally on the issues they care about.

“We definitely need more civility in politics. It was a major part of my message,” Ms. Gouveia says. “We need politicians who will put their differences aside and find common ground, so that we can develop policies that are critical to our well-being now, and for future generations.”

Ms. Gouveia ran for office after spending more than 15 years fighting for social and economic justice, creating partnerships, programs, and policies that address health and social service issues in Massachusetts.