BU: Half of U.S. Adults Have Cardiovascular Disease

Nearly half of all U.S. adults have cardiovascular disease, according to a new report led by a Boston University School of Public Health (BUSPH) researcher.

The high rate of cardiovascular disease shown in the report, which was published in the American Heart Association (AHA) journal Circulation, reflects the AHA’s recent change to the definition of high blood pressure. With the new, lower threshold for healthy blood pressure, the report found 121.5 million adults in the U.S. — or about 48 percent — have some form of cardiovascular disease.

This should not be cause for alarm, but for action, says the report’s lead author, Dr. Emilia Benjamin, professor of epidemiology at BUSPH and professor of cardiovascular medicine at Boston University School of Medicine. “The change acknowledges that many outcomes — such as stroke, dementia, myocardial infarction, heart failure, atrial fibrillation, and end-stage renal disease — will be prevented or postponed with more stringent blood pressure definitions,” she says. 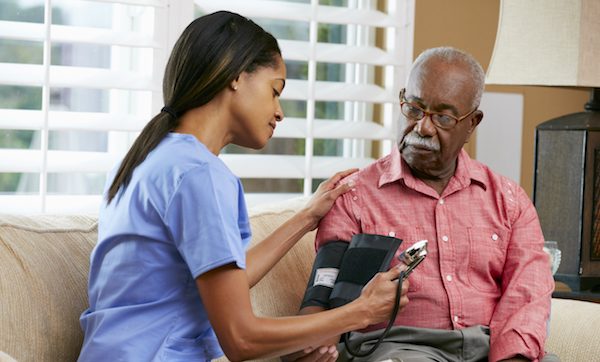 The AHA has released a report every year since 1958, based on data from the National Institutes of Health and other government sources. This is the first report to use the new definition of high blood pressure, updated by the AHA and American College of Cardiology in November of 2017. The new threshold is a reading of 130/80 millimeters of mercury, compared to the previous definition of 140/90.