Whether it’s to clean out a closet or offer support after a natural disaster, many Americans eagerly donate worn clothing, with the expectation that their unwanted garments will become a much-needed item for someone else.

The reality, however, is that those donated items often end up in a landfill in East or West Africa, rather than in the possession of a new owner. 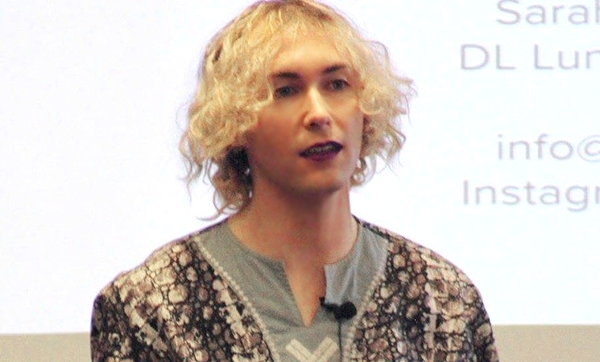 “Many people in the U.S. aren’t aware that 50 to 80 percent of clothes they donate isn’t actually resold in their community,” Mx. Lundberg says. “Many Ghanaian artisans no longer have a local economy to sell their own goods because there are so many secondhand goods shipped and sold there from the U.S.”

Earlier this month, MFC launched a Kickstarter campaign for its new product, Blue Circle Bags — denim handbags that are assembled in Ghana from discarded American jeans and then sold back to U.S. consumers, creating a full circle of upcycling.

“With MFC and Blue Circle Bags, we want to create employment for artisans who have been affected by this, and also use secondhand material that would otherwise end up in a landfill,” Mx. Lundberg says.