Lower use of the Medicare Annual Wellness Visit (AWV) by non-white patients is partially explained by income and education – suggesting that the difference is related to factors associated with racial and ethnic inequality, according to a new study.

Dr. Lind comments, “While the Medicare AWV may help to reduce racial/ethnic health disparities, efforts will be needed to increase its use – not only by minority patients, but for the entire Medicare population. Education and income inequality by race and ethnicity have been a historical constant and remain a problem.” Dr. Lind is now a research fellow at the Centre for Health Systems and Safety Research in the Australian Institute of Health Innovation at Macquarie University.

Factors Besides Race/Ethnicity Explain Variations in Medicare AWV Rates The study included data on nearly 15,000 Medicare fee-for-service beneficiaries, aged 66 or older, participating in the nationally representative Medicare Current Beneficiary Survey from 2011 to 2013. Trends in use of the AWV were analyzed, including factors associated with higher or lower use of this preventive care visit. The study was the first to evaluate AWV utilization using self-reported race, ethnicity, income and education as opposed to Medicare administrative and claims data.

Introduced in 2011 as part of the Affordable Care Act, the AWV seeks to prevent disease and disability by increasing preventive services such as screening and vaccinations, based on the patient’s current health and risk factors. The AWV is available once yearly, with no out-of-pocket costs to patients. (It is different from the “Welcome to Medicare” visit, which is only available in the first year of enrollment.)

“The absence of out-of-pocket payments makes the AWV a promising approach to increase utilization of preventive care,” Dr. Lind and colleagues write. Because minority patients are more likely to have lower income and less likely to have supplemental insurance, the AWV might help to reduce racial/ethnic health disparities. 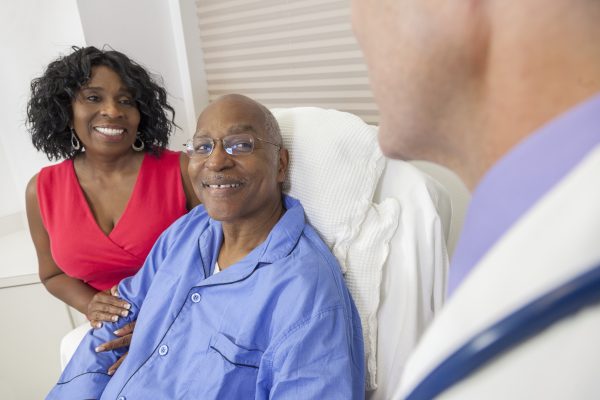 Overall, AWV use was lower in racial/ethnic minority groups (black, Hispanic, and “other race”), compared to white beneficiaries. After adjustment for income and education, racial/ethnic group was no longer a statistically significant factor. Dr. Lind comments, “This suggests that possible explanations of these differences are factors that are strongly associated with racial and ethnic differences, such as access to care, preferences for care, and knowledge of this relatively new benefit.”

This originally appeared as a press release in EurekAlert!