A team of investigators from the Colorado School of Public Health and the University of Colorado Boulder has identified that people living in homes with high ventilation are more likely to suffer from respiratory health issues such as asthma.

The findings are published in the February print issue of Environmental Research.

The Colorado Home Energy Efficiency and Respiratory Health (CHEER) study evaluated the impact of air-exchange rates on respiratory health in low-income, urban homes in the cities of Denver, Aurora, Boulder, Loveland and Fort Collins. The study revealed that many homes had high ventilation rates, also known as air-exchange rates – the rate at which outdoor air replaces indoor air within a room (median 0.54 air changes per hour; range 0.10 to 2.17).

The findings show that residents in drafty homes with higher air-exchange rates were more likely to report a chronic cough, asthma and asthma-like symptoms.

Similarly, people were two to four times more likely to report asthma or asthma-like symptoms if they lived in households with the highest ventilation rates versus the lowest. 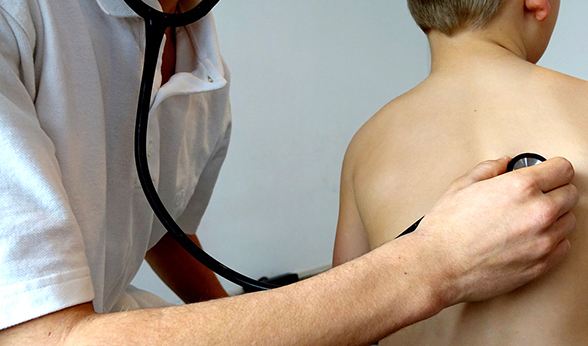 “The goal of this study was to understand the health impacts of home weatherization practices. Many of these practices focus on reducing air exchange rates between the building interior and outdoor environment,” said Dr. Elizabeth Carlton, assistant professor in environmental and occupational health at the Colorado School of Public Health. “We found people in the homes with the highest air-exchange rates – the leakiest homes – were considerably more likely to report chronic cough, asthma or asthma-like symptoms. It is possible that in homes with high air-exchange rates, outdoor pollutants are entering the home and affecting health. If true, home-energy efficiency measures may be an effective way to protect health in areas with high pollution such as homes located near major roads.”

Dr. Carlton adds, “The health effects of high-exchange rates in urban areas are not well-documented, and since Americans spend approximately 90 percent of their time indoors, it’s crucial to have a better understanding of the impact of leaky homes.”

Read more in the ColoradoSPH Newsroom.