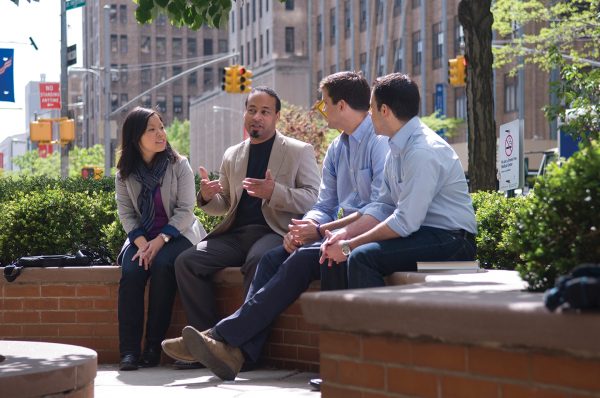 The task force includes experts in sexual health education and in the field of lesbian, gay, bisexual, transgender, questioning and gender non-conforming health education. It was established to ensure that New York City’s curriculum is comprehensive, age-appropriate, reflective of the student body, compliant with state law and taught by qualified and trained educators so that students can make informed choices by standardizing sexual health education in the classroom. A bill to establish the task force was passed by the city council earlier this year.

Dr. Bell is the medical director of the Young Men’s Clinic, a unique adjunct to New York Presbyterian Hospital’s Family Planning Clinic. In that capacity, he delivers primary care to adolescent and young adults males and is a strong advocate for the right of young men to have access to high quality and respectful services, which includes attention to their sexual and reproductive health. Active locally, nationally, and internationally, Dr. Bell advises and teaches medical students, residents, and public health students, leads workshops nationally on young men’s health issues, and is part of a team from the department of pediatrics fostering improved care for adolescents in Uganda. He served on Mayor Bloomberg’s Young Men’s Initiative Advisory Board, and has been a consultant for the Federal Office of Population Affairs and the Pan American Health Organization. Dr. Bell has been featured on MTV, BET, CBS, NPR, and National Geographic Taboo. He was recently named a Best Doctor 2017 in New York Magazine.

The task force will submit its findings and recommendations to the mayor and speaker of the Council by December 1, 2017, and may continue to make ongoing recommendations as deemed necessary.