Scientists have identified a novel ebolavirus in free-tailed bats in Sierra Leone, providing the strongest evidence to date that bats are the natural hosts of these viruses. The new virus, called Bombali virus, was found in insectivorous bats roosting inside people’s houses. Based on laboratory experiments, researchers from the University of California, Davis, and the Center for Infection and Immunity at Columbia University Mailman School of Public Health, report that the virus has the potential to infect human cells but stress that it is not known whether it has actually infected people or if it is harmful. Read more.

The new virus was discovered by UC Davis’ One Health Institute working with Columbia’s Center for Infection and Immunity (CII), the Government of Sierra Leone, the University of Makeni, and Metabiota as part of the PREDICT Ebola Host Project, funded by the United States Agency for International Development (USAID).

Dr. Tracey Goldstein, a professor at the One Health Institute at UC Davis, said the project seeks to identify hosts of viruses like Ebola, which emerged in West Africa in 2013-2016 and killed more than 11,000 people.

“While we haven’t identified the source of the outbreak virus yet, we did find this new ebolavirus circulating in bats,” Dr. Goldstein said. “Bombali virus is not the same strain that caused the 2013-2016 epidemic, but its discovery supports a growing body of evidence that bats are the most likely hosts for this group of viruses.”

The Sierra Leone government announced the findings earlier this week.

“Identifying viruses like Bombali virus and testing their capacity for human infection can enhance our understanding of the pre-emergent viral diversity circulating in animals,” said Dr. Simon Anthony, a virologist at CII and Columbia Mailman School assistant professor of epidemiology. “We want to discover viruses that have the genetic prerequisites for human infection and prioritize them for further study and intervention.” 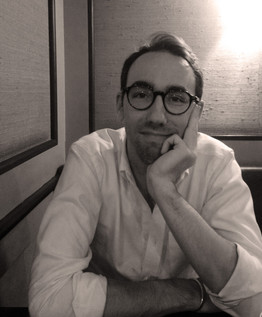 Despite more than 40 years of research and continued outbreaks, it is still a mystery where these viruses “hide” between human outbreaks. This makes outbreak prevention a challenge. Emerging disease surveillance programs like PREDICT are contributing to global prevention and preparedness efforts.

“The Ebola virus outbreak in 2013-2016 devastated local communities here in Sierra Leone,” said the Honorable Minister of Technical and Higher Education in Sierra Leone, professor Dr. Aiah Gbakima, who was the lead investigator in Sierra Leone prior to his ministerial appointment. “It is critically important to understand more about where these viruses come from and what causes them to spill over into humans. There is still much to do to understand the transmission dynamics of Ebola virus, but the discovery of Bombali virus in bats is an important step in the right direction.”

Dr. Brian Bird of the One Health Institute and global lead of the Sierra Leone team, emphasizes that people should not attempt to kill or eradicate bats in response to this discovery.

“While bats have been implicated as reservoirs for a number of infectious pathogens, they play important roles as providers of ecosystem services through pollinating native and agricultural crops, reducing insect pests that also spread disease and damage crops, and consuming mosquitoes and other pests that feed on people and livestock,” he said.

He stresses that “killing or disturbing bats in their natural habitat could actually increase the risk of transmission of this new virus, as we have seen in studies of Marburg and rabies viruses.”

Researchers have been engaging with local communities throughout the project, and they continue to share plans, answer questions and discuss with communities how to reduce their risk of exposure to the virus.

Infected bats are not known to show signs of illness but can shed the virus in their saliva and feces. As a result, other animals and people can become infected if they touch live or dead bats, eat fruit on which bats have already chewed or if they come into contact with the urine or feces of infected bats.