Dr. Gary Miller, has joined Columbia University Mailman School of Public Health as the vice dean for research strategy and innovation. Dr. Miller, who is also a professor of environmental health sciences, officially began in both roles on August 1st. In addition to continuing to build and collaborate on his own research, Dr. Miller is a key member of the School’s leadership team, partnering with its academic leaders and all faculty to support individual and team research success and foster cutting-edge interdisciplinary research. Previously, he was Asa Griggs Candler Professor of Environmental Health and associate dean for Research at Emory University Rollins School of Public Health.

A neurotoxicologist whose research straddles the areas of neuroscience and toxicology, his work is focused on the effects of environmental and genetic influences on brain function, with an emphasis on Parkinson’s disease and how genetic and environmental factors influence the proper storage and handling of dopamine and related neurotransmitters. His lab at Emory made significant contributions to our understanding of environmental toxicants in Parkinson’s disease and factors underlying the toxic actions of methamphetamine. 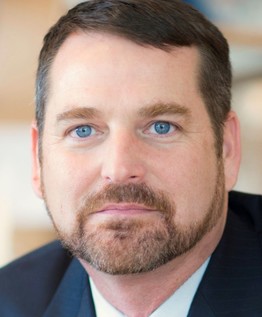 Dr. Miller has been a global leader for the concept of the exposome, the environmental equivalent of the genome, as a framework for studying the complex environmental factors that control human health and disease. Exemplifying his leadership in this emerging area, Dr. Miller authored the first book on the topic, The Exposome: A Primer, and built the first exposome-based research center in the U.S., HERCULES: Exposome Research Center, an NIH-funded P30 Center Grant. Renewed in 2017, the infrastructure for HERCULES was the platform for two other major grants, for which Dr. Miller served as Principal Investigator and coordinated team members from over 20 different academic departments across four schools and two universities, demonstrating his skill in building dynamic interdisciplinary teams. Dr. Miller also has shown similar dedication to the development of trainees, having directed or co-directed an NIEHS T32 for over 10 years.

Beyond his personal research success and demonstrated ability to build strong interdisciplinary research teams in his field of inquiry, Dr. Miller oversaw extraordinary growth in Rollins’ research portfolio during his nine years as associate dean. In that role, he worked to strengthen administrative supports for faculty, reduce obstacles to scientific creativity, and build resources to support individual and team success.

Dr. Miller serves as editor-in-chief of the journal Toxicological Sciences.