Columbia: CII Reports First Use of Its Genetic Sequencing Method VirCapSeq-VERT in Clinical Setting to Identify Viruses in Tanzania

When patients presented with unexplained fever at Mwananyamala Hospital in Dar es Salaam, Tanzania, scientists compared two genetic sequencing methods used to identify the potential viruses behind the illnesses: VirCapSeq-VERT, a method developed at the Center for Infection and Immunity (CII) at Columbia University Mailman School of Public Health, and unbiased high-throughput sequencing. Both methods yielded similar results. However, VirCapSeq-VERT was more efficient. Details of the study, the first to report on the use of VirCapSeq-VERT in a clinical setting, are published today in the journal mSphere.

Scientists used blood samples taken from 12 outpatients considered to be at highest risk of having unidentified viral infections as the cause of their fever. Malaria was excluded following screening with a panel of diagnostic assays. Both sequencing methods compared in the study identified genetic sequences from Dengue virus, West Nile virus, HIV, human pegivirus, and Epstein Barr virus. However, unbiased high throughput sequencing required more extensive sample processing and bioinformatics analysis and 20-fold more sequences than VirCapSeq-VERT to achieve these results.

VirCapSeq-VERT, a streamlined version of unbiased sequencing, references a library of sequences selected from among approximately 2 million genetic pieces, representing all viral taxa known to infect vertebrates. These genetic pieces are used to constitute a probe, which is introduced alongside material taken from the sample being tested. A magnetic process “pulls out” segments from the sample that match the probe; these segments are then analyzed using high-throughput sequencing. A 2015 study reported that the method resulted in 100 to 10,000-fold increases in viral matches compared with conventional high-throughput tests.

The researchers acknowledge that further investigation is required to determine the cause of fever in the Tanzanian patients, especially where multiple viral genomes were detected. In general, when VirCapSeq-VERT fails to yield a candidate viral pathogen, or if bacterial or other parasitic agents have not been excluded, the researchers say unbiased high-throughput screening should be considered. The team is currently validating probes sets for bacteria, fungi, and parasites that will be assembled with VirCapSeq-VERT to create a test for all infectious agents.

“When a patient presents with a fever, he or she could have one of many infections,” says co-first author Mr. Simon H. Williams, a researcher at CII. “When it is impractical to test for infections one at a time, unbiased sequencing can help find the proverbial needle in the haystack. In our real-world comparison, VirCapSeq-VERT was just as sensitive as unbiased screening, but required fewer resources to meet the same outcome.”

“Whether in Tanzania or Texas, physicians everywhere are constrained by resources,” says Dr. W. Ian Lipkin, director of CII and John Snow Professor of epidemiology. “VirCapSeq-VERT is proving to be very efficient way to shed light on medical mysteries so patients can get the treatment they need. From a public health perspective, our method provides a cost-effective way to monitor emerging infectious diseases in order to guide prevention efforts.”

The study was supported by the Bill & Melinda Gates Foundation, the National Institutes of Health (AI109761-01, Center for Research in Diagnostics and Discovery) and the Swiss National Science Foundation. VirCapSeq-VERT has been licensed to Roche for research applications. 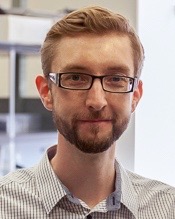