The ongoing outbreak of seasonal influenza is among the most severe in recent years, with illness widespread in 46 states and elevated numbers of hospitalizations and deaths. The good news is that the worst of the flu season will be over by early February. That prediction is based on estimates made by a computer model developed by a team of scientists at Columbia University Mailman School of Public Health. Forecasts for 124 U.S. cities and states are generated weekly and posted online throughout the season. 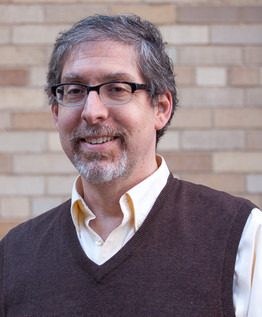 The Mailman School’s online flu forecasting system, now in its fifth season, has several new features, including the ability to view forecasts in 30 countries outside the United States. Clicking on France, for example, a visitor learns that flu peaked last week with nearly 180,000 cases. Turkey, where the flu incidence this season is less severe, is expected to peak next week.

The system adapts techniques used in modern weather forecasting to generate predictions combining hospital and clinic diagnostic data and lab-verified cases of influenza, helping to distinguish flu strains from the common cold. Each forecast comes with confidence probabilities people have come to expect from weather forecasts — if there’s an 80 percent chance of rain, we’ll take an umbrella. Similarly, influenza forecasts have the potential to provide actionable information to both health officials and the public.

This week’s forecast sees influenza peaking in New York and New Jersey during the week beginning January 21. New England will see the greatest number of new cases two weeks later. In some parts of the country, including Texas and the West Coast, the worst has already passed, although significant risk for infection remains.

Contributing to the severity of the flu season is this year’s predominant strain, H3N2, which is known to be more severe than others in circulation, likely sending a higher percentage of those infected to the hospital.

Last week, the Ohio Department of Health reported 2,104 flu-associated hospitalizations so far, up from 369 by the same time a year ago. In California, officials say the flu contributed to the deaths of 27 people younger than age 65 across the state by the end of December, up from four deaths a year ago.

Another factor potentially worsening this year’s flu season: an imperfect vaccine. According to an estimate by the Centers for Disease Control and Prevention, the vaccine may protect as few as one in three people from infection. Still, that’s no reason to skip it: Even if you get the flu, being vaccinated can make the illness less severe.

If you know the flu is peaking in your area, you can take extra precautions, says Shaman. You might want to be extra vigilant in washing your hands and keeping your distance from someone who is coughing and sneezing. “And don’t forget to get your flu shot,” he says.