On February 11th Columbia University Mailman School of Public Health’s Heilbrunn department of population and family health will host the New York launch of The Lancet’s theme issue focusing on women: “Advancing Women in Science, Medicine, and Global Health”.  Ms. Terry McGovern, Mailman School professor and department chair, and colleagues will present the global data and findings about women’s leadership in science and health. The Leona M. and Harry B. Helmsley Charitable Trust is a co-sponsor.

The Lancet theme issue kicks off a deep commitment to advance gender equity, and contains new international evidence on forms of gender bias in funding; women’s attrition in clinical training programs; the extent to which universities worldwide have actualized their public commitments to gender and ethnic diversity; and the relationship between women’s leadership in science and the production of sex/gender-related research. An analysis and commentary lays out robust evidence to inform an action plan for institutional leaders to confront gender bias, improve diversity and inclusivity, and drive change. The importance of the under-recognition of women’s experience of harassment and abuse are key themes, as are intersectionality, and learning from the Global South.

“In order to adequately address the health needs of marginalized and historically ignored populations, including women, it is essential that leadership in the sciences and medicine reflects that diversity,” says Columbia Mailman School’s Ms. Terry McGovern, who will make opening remarks and serve as a panelist on the session, Global health in focus. Leadership on the tough issues. ”With the new research from the Lancet special issue, we hope to lead thought-provoking discussions on strategies for increasing gender diversity in the field and taking women’s leadership to the next level.” 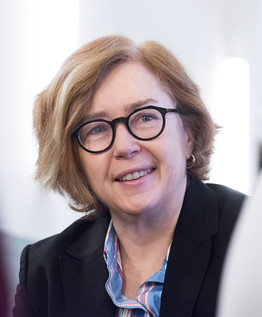 Session 3: Clinical medicine in focus. Women in Cardiology & Announcement of The Lancet‘s Commission on women and cardiovascular health – Bek Cooney, The Lancet, and Bridget Vogel, Mt Sinai School of Medicine

Panel discussion – “From Evidence to Action: What institutional leadership is needed now?”

Closing remarks and thank you – Bek Cooney and Jocalyn Clark, The Lancet

The Lancet is holding a launch event in London on February 8th. The theme issue is under embargo until Thursday February 7, 2330 h UK time, 2019.