After nearly a decade of providing critical support to Ethiopia in its ongoing efforts to combat malaria, ICAP at Columbia University Mailman School of Public Health will be raising its level of response through a new five-year, $25 million cooperative agreement grant from the U.S. President’s Malaria Initiative (PMI) awarded by the U.S. Agency for International Development (USAID).

Malaria is a major threat to health in Ethiopia, where more than two-thirds of the population lives in high-risk areas and more than 1.5 million cases are reported annually. Since 2008, ICAP has been working with Ethiopia’s Federal Ministry of Health (FMoH) under PMI to improve the ability of Ethiopian health centers to detect, diagnose, and treat malaria. 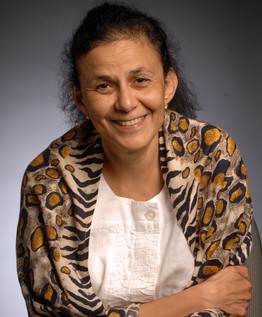 “Over the past decade, Ethiopia has made tremendous strides in fighting malaria and many lives have been saved thanks to this vital partnership with the ministry of health, and other partners in Ethiopia,” said Dr. Zenebe Melaku, ICAP’s country director in Ethiopia. “With this new project, we are committed to making further progress toward PMI’s goals of reducing malaria deaths and substantially decreasing illness and suffering from malaria — with an eye on the long-term goal of eliminating this devastating disease in Ethiopia once and for all.”

With the new five-year PMI grant, ICAP will collaborate with Ethiopia’s FMoH and National Malaria Control Programme, the Ethiopia Public Health Institute, regional health bureaus, district health offices, and other key malaria stakeholders, to support the implementation of quality malaria diagnosis and treatment services in the country. Overarching guidance will be provided to ICAP by USAID and the U.S. Centers for Disease Control and Prevention (CDC), the agencies responsible for co-implementation of PMI.

“ICAP has been a steadfast partner with Ethiopia since our work together began in 2005, working hand-in-hand to strengthen all levels of health systems,” said Dr. Wafaa El-Sadr, ICAP’s global director. “Working together, I am confident that we can achieve consistent high-quality standard malaria diagnosis and case management services at all health facilities in the 150 districts prioritized by PMI.”

Under PMI’s Malaria Laboratory Diagnosis and Monitoring Project, which was implemented by ICAP from October 2008 through February 2018, more than 3,500 laboratory professionals were trained to conduct more accurate microscopy diagnoses, and an additional 2,400 health care workers received training on effective management of patients with malaria.

“As a result of the past decade’s work, we have seen more than 1,000 health facilities in the highest-risk areas improve the quality of the services they provide,” said Dr. Bereket Alemayehu, ICAP’s principal investigator for both the previous and new PMI projects in Ethiopia. “Accuracy of diagnosis of malaria has risen from 59 percent in 2011 to 97 percent in 2016. Most importantly, this work has contributed to notable reduction in annual malaria-related deaths, which have declined from more than 2,000 in 2012 to just 374 in 2017.”

The new award seeks to advance the gains already made by providing continued technical assistance as well as logistical and management support. The overarching goals of the project are to strengthen partnerships and coordination at national and regional levels, promote effective use of resources, strengthen and scale up quality assurance systems for malaria diagnosis and treatment, improve infrastructure and human resource capacity, and enhance program learning and operational research.