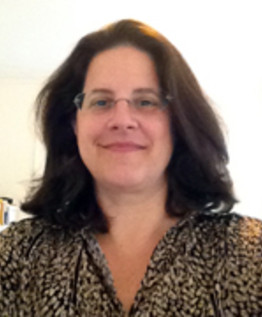 The report, titled “A time‐motion study of cardiovascular disease risk factor screening integrated into HIV clinic visits in Swaziland,” published in the Journal of the International AIDS Society, found that integrating screening for CVDRF such as hypertension, diabetes, high cholesterol, and smoking tripled the length of HIV clinic visits, although it did not reduce the time spent on HIV care. All patients interviewed after receiving CVDRF screening said they would recommend screening to others.

This study is the first to estimate time spent on CVDRF screening in the context of HIV services in sub-Saharan Africa.

“Screening HIV-infected patients for modifiable CVD risk factors such as hypertension, diabetes, high cholesterol, and tobacco use is recommended but often missed, especially in low-resource settings, because the belief is that staff do not have the time and patients may not know to ask for it,” said Mr. Anton Palma, doctoral candidate in epidemiology at the Mailman School of Public Health, and first author. “But we found that patients valued screening, that it did identify a substantial number of patients with previously undiagnosed CVDRF, and that including it did not undermine HIV care. This is an important intervention, but it requires a commitment of staff time to implement.”

“The dramatic scale-up of HIV treatment has reached millions of people in low resource settings,” said Dr. Miriam Rabkin, ICAP’s director for health systems strategies. “As people living with HIV age, they are vulnerable to the same health risks as their HIV-negative peers, including cardiovascular disease. Integrating CVDRF screening and management into HIV programs makes good sense, and this paper opens the door to further investigation of how CVDRF screening for people living with HIV can be implemented consistently and at scale in low-resource settings.”

In this study, CVDRF screening was observed during 172 routine clinic visits for patients on antiretroviral therapy (ART) at a large hospital in Swaziland. In addition to their usual HIV care, patients received point-of-care testing for diabetes and high cholesterol, screening for hypertension via two blood pressure measurements, and screening for tobacco use via a short questionnaire. These activities were observed and timed by study staff, who also conduced exit interviews with a subset of patients.

“We found that both health providers and patients were enthusiastic about CVDRF screening,” explained Dr. Rabkin. “That said, there were some important barriers to delivering this service, including limited staff time and limited space for screening. Those issues will need to be addressed if screening is to be taken to scale.”

“Ensuring that patients are screened for CVD risk factors is just the first step of addressing CVD,” Mr. Palma noted. “The next phase of this study looks at various models for delivering CVD risk factor management, and we look forward to sharing those outcomes in the near future.”