I’d like to buy the world a Coke. There are some things money can’t buy; for everything else, there’s MasterCard. Rice-a-Roni, the San Francisco treat. These are just a few of the iconic taglines created by the McCann advertising agency since its founding in 1902. As president of McCann Global Health, Ms. Briana Ferrigno, MPH 2013, is harnessing the firm’s creativity, global network, and influence to make the world a healthier place.

Ms. Ferrigno, who holds an MPH in the Mailman School’s department of sociomedical sciences with a concentration in health promotion, combines methods from public health and advertising in the work she leads for clients like UNICEF and USAID. “We’re taking the same talent, strategy, and playbook that drives demand for sneakers, breakfast cereal, and technology and directing it toward solving the most challenging public health issues like the fight against HIV, malaria, and TB,” she explains.

The McCann approach, which builds on a traditional public health needs assessment, is driven by intensive research aimed at gaining a deep understanding of the individuals they’re trying to reach — for example, adolescent girls in sub-Saharan Africa at risk for HIV. In these conversations, the agency’s strategists don’t begin by talking about the virus, but rather develop their own empathy by seeking knowledge of girls’ lives, from their dreams for the future to the kind of music they listen to. “Rather than starting with health information, we start with the human connection,” she says.

In a project with USAID, the McCann Global Health Team, along with colleagues in South Africa, Zimbabwe, and Kenya apply this kind of market research for adolescent girls and other groups at high risk for HIV. This information is serving as the basis for a digital communications platform called the PrEP Communications Accelerator, where governments and NGOs access the research, along with guidance on how to create effective campaigns around encouraging the use of the HIV-prevention drug. The platform is launching in July at the AIDS 2018 conference in Amsterdam.

Another project with UNICEF is directed at ending polio in areas where vaccination rates were low, focusing on the social norms around vaccine uptake in Pakistan and Afghanistan. The McCann team, which counts three Mailman grads among its ranks, worked with UNICEF to counter 20 years of fear-based polio campaigns that had eroded a sense of urgency and trust in the health system. “Our strategy led us to flip the script, putting the message of trusting frontline health workers, who are the guardians of children’s health, front and center,” says Ms. Ferrigno. 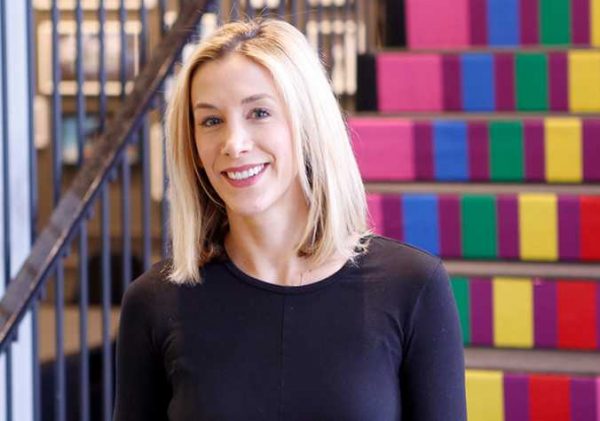 Ms. Ferrigno, who grew up in Connecticut, has been interested in communications and public health since her youth, having lost someone close to her to AIDS and going on to become a student advocate. In 2006, two years after earning a BA in communications at George Washington University, she was hired by the Columbia Center for New Media Teaching and Learning and earned an MS in Strategic Communications through Columbia’s School of Professional Studies. She next sought to combine her passion for communications with public health, earning her MPH at the Mailman School while working at ICAP, an organization based at the School that works to fight infectious diseases and strengthen health systems globally.

As senior communications manager, she collaborated with ICAP leadership, including Drs.  Elaine Abrams, Wafaa El-Sadr, and Jessica Justman on translating scientific findings into messages relatable to the general public. “I got to work closely with these powerhouses of women who forged ambitious and impactful careers doing the work they are passionate about. It was eye-opening and inspiring.”

Ms. Ferrigno credits her start at McCann to a course by Dr. Scott Ratzan in global communications that featured guest lectures by industry leaders. One of these speakers, from McCann, pitched the idea of bringing creativity and talent in the advertising arsenal to work for public health. “I said, ‘I want to help make that happen,’” Dr. Ferrigno recalls. As soon as she graduated, she got the job.

Not long after starting at McCann in 2013, and yearning for more female role models, Ms. Ferrigno and a friend founded Changemaker Chats, a nonprofit that invites highly accomplished women to share their stories in off-the-record conversations with women at earlier stages of their careers. Now in 12 cities around the world, the chats feature speakers in diverse industries and sectors, from Fortune 500 companies to academia to tech startups. According to Ms. Ferrigno, the result shows there is no one correct path to success.

“I love the different perspectives of our speakers,” she says. “They really create a diverse portrait of what leadership looks like as a woman who empowers all types of women on their way to changing the world.”