As the number of Americans who regularly use cannabis has climbed, so too has the number of those experiencing cannabis withdrawal symptoms. A new study by researchers at the Columbia University Mailman School of Public Health and Columbia University Irving Medical Center finds that 12 percent of frequent marijuana smokers experienced Cannabis Withdrawal Syndrome (CWS), which includes emotional, behavioral and physical symptoms. The study is published in the journal Drug and Alcohol Dependence.

CWS was first included in the Diagnostic and Statistical Manual of Mental Disorders in its most recent edition, DSM-5, published in 2013. The new study is the first large-scale report on the link between CWS and DSM-5 psychiatric disorders among frequent U.S. adult cannabis users.

“In a rapidly changing landscape of marijuana laws and attitudes, cannabis use continues to increase among American adults. As a result, more information on the prevalence and correlates of clinical withdrawal in the general population is of critical importance,” said Dr. Deborah Hasin, professor of epidemiology at Columbia Mailman School of Public Health.

Study participants were interviewed as part of the 2012-2013 National Epidemiologic Survey on Alcohol and Related Conditions-III (NESARC-III), the only nationally representative survey that measures clinically diagnosed cannabis withdrawal syndrome, which encompasses six psychological symptoms and one or more physical symptoms. Face-to-face interviews in respondents’ homes were conducted with 36,309 participants. The final analysis was based on 1,527 participants who were frequent cannabis users, defined as using the drug three or more times a week during the year prior to the interview.

“Cannabis withdrawal syndrome is a highly disabling condition,” noted Dr. Hasin, who is also a professor in the department of psychiatry. “The syndrome’s shared symptoms with depressive and anxiety disorders call for clinician awareness of cannabis withdrawal symptoms and the factors associated with it  to promote more effective treatment among frequent cannabis users.” 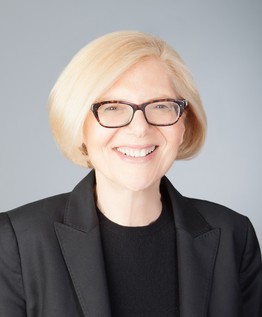 “Most users of the newer modes of administration — vaping and edibles — also smoke cannabis. Therefore, for users in modes other than smoking, the amount of consumption could be underestimated,” said Dr. Hasin. “Given the increase in cannabis potency in recent decades, developing reliable measures to investigate the effect of cannabis concentration and mode of administration will be important in advancing our understanding of cannabis withdrawal syndrome.”