When the Columbia Alumni Association announced a contest for students to design a poster for the February She Opened the Door Women’s Conference, Ms. Anna Hoover, a public health student in population and family health, saw a unique opportunity to make use of her talents. 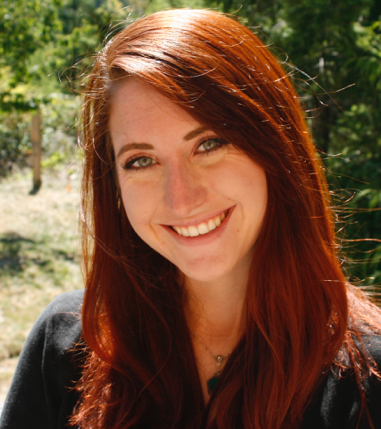 “I love looking for opportunities to use my art when I can and there’s just so rarely a chance to [do so] in public health, so this was a fun way to merge the two,” she says.

The February conference brought together Columbia alumnae for a weekend of workshops, lectures, and networking aimed at expanding horizons, igniting conversations, and celebrating Columbia women. This year, among numerous inspiring women speakers, the conference concluded with an interview with one of the University’s most notable alumna: Supreme Court Justice Ruth Bader Ginsburg. Having never attended a conference like it, but nonetheless passionate about women’s issues and Justice Ginsburg’s dissents on seminal court cases, Ms. Hoover, an MPH candidate in, set out to create a poster that captured the sold-out event. 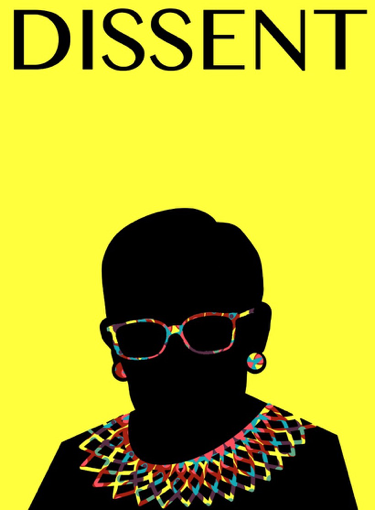 Accustomed to painting, Ms. Hoover didn’t have a graphic designer’s Adobe Creative Suite arsenal, so she found a similar program online to make three poster variations, each focused on Justice Ginsburg whose career-long fight for women’s rights has been a constant source of inspiration.

“I studied violence against women and children and RBG has been such a huge advocate for women’s rights within the United States,” she says. “To be able to create a piece of art based on someone who has been so impactful in my own life and whose work has really allowed me to do what I’m doing now was such a fun opportunity.”

“I tried a lot of different colors and the yellow just popped for me,” Ms. Hoover said about her design choice.

Over 1,000 conference attendees were invited to cast their ballot for their favorite poster. In the weeks that followed, Hoover received notice that her submission — a silhouette of Justice Ginsburg against a bold yellow background under the word “DISSENT ”— had won.

Ms. Hoover, whose artistic talent was also on display as a finalist in the ODCI Capturing (In)Equity Photo Contest, was surprised by her win, but the biggest surprise was yet to come.

As the contest winner, Hoover had the opportunity to send a letter to Justice Ginsburg accompanying one from Columbia president Dr. Lee Bollinger. She elected to ask the 85-year-old Justice for advice to a young woman just starting her career. On March 8 (International Women’s Day), she received a reply in the form of a letter from Justice Ginsburg who delivered what she called “concise advice.”

“Stay strong and be resilient,” the Supreme Court Justice wrote Hooper. “It helps, sometimes, to be a little deaf when unkind or thoughtless words are spoken.”

Justice Ginsburg went on to write that she was framing Ms. Hoover’s winning poster and hanging it “for all who visit chambers to enjoy.”

Despite her contest win, the second-year MPH candidate still doesn’t consider herself a digital artist. “I’m not that much of a graphic designer,” she says. “I was just trying my hand at it and I was really surprised.”

On the subject of receiving a letter from a trailblazing woman that she has always seen as an icon, Ms. Hoover admits that it has been an incredible experience and one she would never have predicted. “I was just so touched to win and to have this happen. There are no words.”