A study by scientists at the Center for Infection and Immunity (CII) at Columbia University Mailman School of Public Health finds New York City house mice carry bacteria responsible for mild to life-threatening gastroenteritis in people, and some of these bacteria may be resistant to antibiotics. Findings appear in the journal mBio.

The researchers collected 416 mice from residential buildings at seven sites across New York City over a period of one year. A genetic analysis of their droppings revealed that the mice carry several gastrointestinal disease-causing bacteria, including C. difficile, E. coli, Shigella, as well as Salmonella, a leading cause of bacterial food poisoning in the U.S. with 1.4 million reported cases annually along with 15,000 hospitalizations and 400 deaths. They also found evidence of genes mediating antimicrobial resistance to several common antibiotics.

“From tiny studios to penthouse suites, New York City apartments are continually invaded by house mice,” says lead author Mr. Simon H. Williams, a research scientist at the Center for Infection and Immunity. “Our study raises the possibility that serious infections — including those resistant to antibiotics — may be passed from these mice to humans, although further research is needed to understand how often this happens, if at all.” 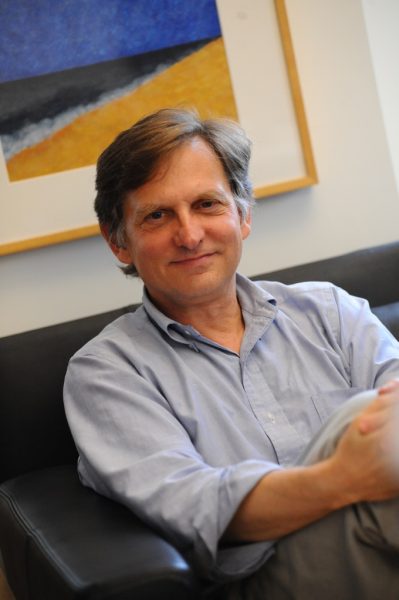 According to the researchers, it is well known that salmonella infections can be the result of food contaminated with animal waste — including mouse feces. C. difficile infections, while mostly acquired in healthcare settings, could also be spread in the community by the mice that harbor the pathogens.

A second study, also published in mBio, provides a detailed look at viruses present in the mice droppings. The researchers found 36 viruses, including six new viruses, none of which are known to infect humans. However, they identified genetic sequences matching viruses that infect dogs, chickens, and pigs, suggesting the possibility that some of the viruses had crossed over from other species. Mice from the Chelsea neighborhood, heavier than mice from other sites, also carried more viruses.

A previous study of rats in New York by investigators at CII found several of the same pathogens, including E. coli, Salmonella, and C. difficile.

“New Yorkers tend to focus on rats because they are larger and we see them scurrying around in streets or subways; however, from a public health vantage point, mice are more worrisome because they live indoors and are more likely to contaminate our environment, even if we don’t see them,” says senior author Dr. W. Ian Lipkin, senior author of both papers, John Snow Professor of Epidemiology, and director of CII.

Both studies were supported by grants from the National Institutes of Health (U19AI109761: Center for Research in Diagnostics and Discovery) and from the Alfred P. Sloan Foundation.