Columbia: Planting a Park on the Cross-Bronx Expressway Would Save Money and Lives

Researchers at Columbia University Mailman School of Public Health explored the cost-effectiveness of placing a deck park on top of a major New York highway, the Cross-Bronx Expressway, and found the plan would be a worthwhile investment for community health, saving money and lives. The results are published in the American Journal of Public Health. 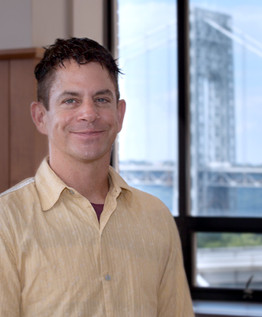 The researchers built a computer simulation to evaluate the effect of the conversion of a 2.4-mile section of the highway on 226,608 people living nearby. They found the project would benefit each resident monetarily and in terms of life expectancy, creating, per capita, an extra $1,629 and adding nearly two months of quality-adjusted life years, a combined measure of health and longevity. The monetary gains, mainly from increased property values, more than made up for the project’s steep price tag, estimated at $757 million. Improved health and longevity resulted from fewer pedestrian accidents, reduced pollution, as well as more opportunities for exercise.

“It is extremely rare for social policy investments to save both money and lives,” says senior author Dr. Peter Muennig, professor of health policy and management at the Mailman School of Public Health. “Examples include vaccines and basic automobile safety measures like seatbelts. Turning a highway into a park is a bit like a seatbelt or vaccine for a whole neighborhood.”

Built between 1948 and 1972 under the direction of Robert Moses, the 6.5-mile Cross-Bronx Expressway has a storied history, told in detail in Robert Caro’s The Power Broker and excerpted in the New Yorker magazine. Highly disruptive to the community, the highway is linked with a variety of social and health problems.

“The Cross-Bronx Expressway, which is heavily used by trucks, cuts through neighborhoods with some of the worst air pollution and highest rates of diabetes, obesity, and asthma in the city,” says Dr. Muennig. “Turning sections of this highway into a park is a unique opportunity to reverse this damage.”

In their paper, funded through the School’s Global Research Analytics for Population Health (GRAPH) program, Dr. Muennig and his co-authors explain that in choosing highways to convert into parks, the biggest benefits would accrue to areas that are depressed economically. Increased property values would likely also lead to improved schools and lower crime — factors not accounted for in the computer model. At the same time, the researchers write, policymakers and planners should consider ways to mitigate displacement through higher rents investments through affordable housing and rent stabilization legislation.

Still, creating a park from a highway would be a boon to any neighborhood, even if the highway isn’t below grade. In the so-called Big Dig, Boston buried Interstate 93 to create a park; Seattle built Freeway Park around Interstate 5.