DNA methylation, known to enable the activity of genes and be involved in development and metabolism, plays a key role in the link between prenatal famine exposure and body mass index and adult metabolic health, according to researchers at Columbia University Mailman School of Public Health and Leiden University Medical Center. While earlier studies using animal models illustrated the potential of epigenetics to influence health over the short run, this study in humans shows that the impact of a nutrition shock, like famine, on epigenetic markers in early life can still be linked to adult health, six decades later. The findings are published online in the journal Science Advances. 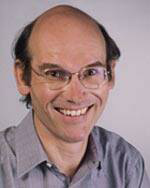 The research team, led by Dr. L.H. Lumey, professor of epidemiology at the Mailman School of Public Health, examined the question in the setting of the Dutch Hunger Winter of 1944-45, a famine at the end of World War II that resulted from a combination of punitive measures imposed by occupying German forces, winter conditions, and fuel shortages related to war operations. For five and one-half months, food rations dropped to below 900 kcal/day and then rapidly returned to pre-famine levels by massive Allied relief efforts. The percentage of calories from proteins, fat, and carbohydrates in the diet was relatively constant as the food rations diminished.

“Strikingly, the epigenetic changes we found to link prenatal famine to metabolic health are similar to changes that drive metabolic health in the general population,” said Dr. Elmar Tobi, from the Leiden University Medical Center (LUMC). “We believe the mechanisms we identified may be widely at play.”

Using a two-step analysis, the researchers studied DNA methylation in blood of 422 individuals who had been exposed to famine in utero and 463 (sibling) controls without exposure. They determined that DNA methylation changes were key to explaining the association of prenatal famine exposure with adult body mass index and triglycerides levels in blood — both important risk factors for metabolic disease — but not with the observed glucose measures.

The researchers found that DNA methylation of a gene that regulates growth and energy production in cells was linked to both prenatal famine and body mass index and explained 13 percent of the association between prenatal famine and higher body mass index. Similarly, the study identified DNA methylation changes near six additional genes that control metabolism and cell differentiation during development. These changes explained up to 80 percent of the association between famine and triglycerides.

Earlier studies by the team found that exposure to famine during gestation is associated with both increased risk of obesity and type 2 diabetes, and separately, with DNA methylation changes. But they had not yet examined the mediating role of DNA methylation.

“In this latest research, we adopted a genome-wide approach to systematically identify the potential of DNA methylation to act as a mediator of the relation between prenatal famine exposure and adult outcomes in our study population of the prenatally exposed individuals and their sibling controls,” noted Dr. Bas Heijmans, epigeneticist at the LUMC, a senior co-author of the study.

“We show that associations between exposure to an adverse environment during early development and health outcomes six decades later can be mediated by epigenetic factors,” said Dr. Lumey. “Further studies will be needed to determine the possible impact of other factors in early life that could cause long-term harm to human health by epigenetic changes.”