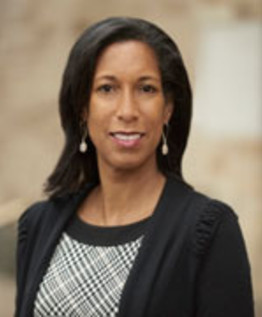 The award, created in 2009 by the Rural Center for AIDS/STD Prevention, honors Mr. Ryan White, a rural, Indiana youth, who contracted HIV in 1984 and became a national poster boy on AIDS until his death in 1990, a few months prior to his intended enrollment at Indiana University. The award plaque reads “in appreciation for your outstanding contributions to HIV/AIDS prevention and for being an exemplary bearer of the standard of excellence and commitment needed to combat HIV/AIDS.” Dr. Wingood’s husband will also be honored.

A distinguished researcher and academic leader in the health promotion field, Dr. Wingood has decades of expertise designing and evaluating interventions that reduce health disparities in HIV. She is dedicated to developing gender- and culturally-appropriate HIV prevention interventions for African American women and has received international acclaim for her research on social determinants of health. She has been featured in the journal Science as a highly-funded African American National Institutes of Health (NIH) grant recipient. Dr. Wingood’s Sisters Informing Sisters about Topics in AIDS (SISTA) intervention, as well as five other HIV prevention interventions, have been endorsed by the Centers for Disease Control and Prevention (CDC) and implemented widely across the country.

Dr. Wingood has published over 225 peer-reviewed articles across a wide array of public health and medical journals and served as principal investigator or co-principal investigator on over 20 grants funded by the NIH. She was one of the founding executive directors of the Social and Behavioral Sciences Research Network of the Centers for AIDS Research.