Dr. Lisa Rosen-Metsch, the inaugural Stephen Smith Professor and the chair of the department of sociomedical sciences at the Columbia University Mailman School of Public Health since July 2012, has been named dean of Columbia University’s School of General Studies effective January 1, 2018. 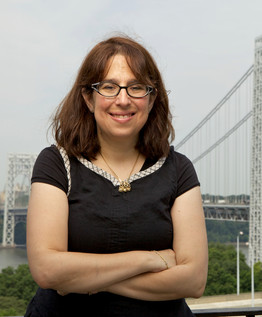 Professor Rosen-Metsch is an internationally-recognized leader in the prevention of HIV among populations with substance abuse disorders and was one of the first researchers in the era of antiretroviral therapy to articulate the importance of creating prevention/primary care programs for people living with HIV. Her more recent work has been focused on developing innovative strategies for increasing the uptake of testing, linkage, retention and re-engagement in care among vulnerable populations. While serving as chair of the department, Professor Rosen-Metsch has continued her scientific productivity, having maintained and grown a robust NIH funding portfolio, including being awarded three new large-scale, multi-site NIH R01 studies as principal investigator. In addition, she has contributed to the published literature, with more than 50 articles during this time, including two first-authored JAMA papers.

Under Dr. Rosen-Metsch’s leadership, the department of sociomedical sciences has continued to be a leader in social sciences in public health through its Center for the History and Ethics of Public Health and creation of the Lerner Center for Public Health Promotion at Columbia University. This innovative interdisciplinary center, in partnership with the Monday Campaigns, engages faculty and students from across the School to improve health promotion and communication practices to maximize impact on the public’s health.  Educationally, in addition to revising its core MPH curriculum, the department developed innovative courses such as a new course on dissemination and implementation science, and has been awarded new funding to support training for pre- and post-doctoral fellows.

Dr. Rosen-Metsch also led the creation of a ground-breaking new program on incarceration and public health, which has been instrumental in opening a national dialogue and research agenda on incarceration as a public health challenge and the necessity for innovative approaches to prevent youth from being at risk of incarceration. The program includes an NIH-funded training program for pre- and post-doctoral students, jointly with Columbia’s School of Social Work.

Professor Rosen-Metsch will remain a committed member of the Mailman School’s faculty while serving as dean of Columbia’s School of General Studies. Dr. James Colgrove, who has demonstrated strong leadership in his current role as deputy chair of the department, will serve as interim chair.