Over the past 15 years, results of several randomized controlled trials have reinforced pre-surgery treatment as a first step to shrink tumors (neoadjuvant platinum-based chemotherapy) followed by surgery as the gold standard treatment for muscle-invasive bladder cancer. A latest randomized study of 317 patients with late stage bladder cancer was conducted by Columbia University Medical Center and Memorial Sloan Kettering Cancer Center and found that the median time frame for recovery among patients assigned to surgery alone – a radical cystectomy — was 46 months, compared with 77 months for patients who received a combination of pre-surgery chemotherapy followed by resection surgery. Dr. Gen Li, assistant professor of biostatistics at Columbia University Mailman School of Public Health,  provided the statistical analysis for the study. 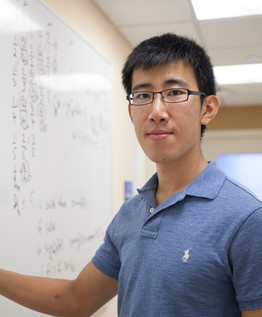 Eligible patients included those with Muscle-Invasive Bladder Cancer who underwent neoadjuvant chemotherapy followed by a radical and complete resection, had a complete and successful response to treatment and opted for surveillance only. The authors defined a complete response as a radical resection, a urine cytology that found no infection or cancerous cells, and imaging. The patients were subsequently followed with physical exams, cystoscopy and cytology every 2 to 3 months, and a CT scan every 4 to 6 months for two years. After five years, cystoscopy and imaging were generally done annually.

The strength of this study is the multi-institutional collaboration of two large cancer centers, allowing for a pooling of patients and events to undertake the research. A randomized trial of patients who completely recovered after neoadjuvant chemotherapy to surveillance compared with radical cystectomy would offer even more definitive conclusions, according to the researchers. Based on these findings, patients who responded completely to neoadjuvant chemotherapy who opt for surveillance only may also have favorable outcomes. “Future studies should aim to improve patient selection by identifying biomarkers predictive of invasive relapse and developing novel imaging methods for detection,” said Dr. Li.

The findings were presented at the ASCO Annual Meeting, June 1-5, which brings together more than 32,000 oncology professionals from around the world to discuss state-of-the-art treatments and new therapies.