In an opinion article in this week’s New England Journal of Medicine, Dr. Virginia Rauh, , professor of population and family health at the Columbia University Mailman School of Public Health, argues that the Environmental Protection Agency is failing to protect Americans — particularly American children — from exposure to chlorpyrifos, a widely used insecticide linked to developmental problems. 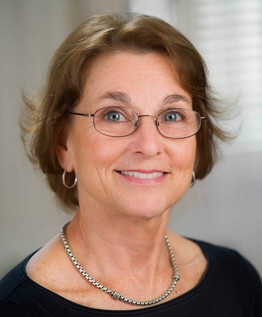 Indoor residential use of the chemical was phased out beginning in 2000 after the EPA found exposure unsafe for children. Further evidence suggested a total ban — a move supported by the Obama Administration. Shortly after being named as the new head of the EPA in 2017, however, Mr. Scott Pruitt scrapped the plan, overriding the recommendation of agency scientists. “This action,” Dr. Rauh writes, “essentially violates the EPA’s statutory duty to protect human health.”

For more than 15 years, Dr. Rauh and collaborators at Columbia Center for Children’s Environmental Health have studied chlorpyrifos, a chemical initially developed as a nerve gas during WWII. The greater the level of exposure to the chemical in the womb, the researchers found, the lower the child’s IQ score, but even low exposures were harmful. Another study documented exposure-related structural changes to children’s brains in areas governing attention, planning, and other executive functions — changes that may be permanent and irreversible.

Today, the heaviest burden of chlorpyrifos exposure is borne by families in farming communities, many of whom are low-income Latino and migrant workers. In some agricultural areas levels of exposure are higher than levels before the indoor residential ban, Dr. Rauh writes, “indicating that the EPA has failed to achieve a fair and equitable distribution of risk across populations.”

“The EPA is required by federal law to ban or regulate a chemical if it cannot prove with reasonable certainty that the chemical is safe,” she concludes. “In the case of chlorpyrifos, it has failed to provide this certainty. As a result, we may be putting an entire generation of young brains in harm’s way.”