An international team of collaborators in New York, Miami, and Montreal received an $8.2 million grant from the National Institute on Drug Abuse to continue their work on identifying the best strategies for providing individuals who inject drugs with pre-exposure prophylaxis (PrEP) to protect them from HIV infection.

The research team — led by Mailman School of Public Health’s Dr. Lisa Rosen-Metsch, Stephen Smith Professor and chair of sociomedical sciences in New York, Dr. Daniel Feaster associate professor, department of public health sciences at the University of Miami, Dr. Julie Bruneau, clinical researcher and professor in the department of family medicine, University of Montreal, and Dr. Valerie Martel-Laferrière, principal scientist and assistant clinical professor, department of microbiology, infectiology and immunology at University of Montreal — is using a patient navigation approach and comparing this to directly offering care in venues that provide services to people who inject drugs. PrEP has been predominantly aimed at men who have sex with men, and there has been little research on people who inject drugs, especially in North America. 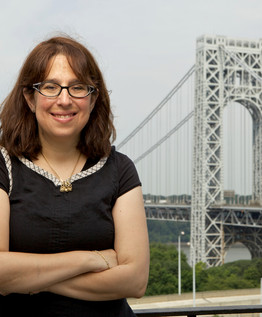 The study will provide on-site integrated delivery of PrEP and Hepatitis C virus (HCV) treatment to increase rates of sustained PrEP adherence and HCV cure among people who inject drugs. A control group will receive off-site patient navigation and referral services to specialized care and assistance in obtaining resources for treatment.

“Results of the randomized trial have the potential to provide evidence on the effectiveness and cost-effectiveness of offering PrEP and HCV treatment in health care venues that are widely attended by persons who inject drugs,” said Dr. Rosen-Metsch.

Individuals in the trial will receive on-site services in syringe exchange and opioid substitution therapy programs. This will allow currently HIV-negative persons who inject drugs, and are often hard to reach, to directly receive HIV and HCV rapid testing. Until now the effectiveness of reaching these individuals and measuring their adherence to PrEP and HCV medications has been variable.

“Even with substantial investments in HIV treatment and enhanced focus on the HIV continuum of care in North America, HIV viral suppression rates remain low and highly variable within the continent,” said Dr. Rosen-Metsch. “In addition, persons who inject drugs often have poor linkage to care, highest attrition and lower suppression rates. While PrEP and HCV cure regimens have transformative potential, those living in the most precarious conditions have not had adequate access to the latest advances in HIV prevention and HCV treatment.”

“Despite the ongoing emphasis on sustaining HIV risk-reduction and lowering Hepatitis C rates in at-risk populations, no current data exist on successfully testing, preventing and treating these infections among those who inject drugs,” noted Dr. Rosen-Metsch. “The results of our study will help fill this gap.”

The study will be implemented in two contrasting cities – Miami, Florida and Montreal, Quebec – and is scheduled to run through July 2022.