Columbia researchers have identified biomarkers that can aid in the development of better treatments for schizophrenia. The biomarkers were successful in identifying over 90 percent of individuals who had received ketamine, differentiating them from all of those in a placebo group. Dr. Melanie Wall, Columbia University Mailman School of Public Health professor of biostatistics in psychiatry, and Dr. Tse-Hwei Choo, in the department of biostatistics, are co-authors with colleagues at Columbia University Medical Center and the New York State Psychiatric Institute. The findings were published online in JAMA Psychiatry. 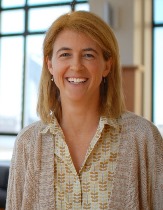 In the past two decades, the pharmaceutical industry has spent over $2.5 billion to develop new schizophrenia drugs. But while many appear to be effective in animal models, most fail when tested in late-stage human clinical trials.

While a great deal of money has been invested in developing schizophrenia drugs, a similar investment hasn’t been made to develop biomarkers that could improve the reliability and consistency of test results, noted the researchers.

The National Institute of Mental Health’s FAST Initiative, which was established to validate the use of biomarkers to facilitate drug development, aligns with the 21st Century Cures Act passed last year by Congress. The legislation authorized the U.S. Food and Drug Administration to approve treatments based on biomarker data alone, and created a formal Biomarker Qualification Program.

In this context, FAST-Psychosis researchers identified biomarkers using magnetic resonance imaging (MRI) applications to support the development of drugs that target the glutamate system. Previous studies have shown that drugs such as phencyclidine (PCP or “angel dust”) and ketamine, which block glutamate receptors, cause schizophrenia-like symptoms in healthy volunteers.

The researchers evaluated three potential biomarkers for detecting the effects of ketamine on human brain function. The largest effects were observed with a biomarker measuring increases in blood flow in the frontal regions of the brain. This response was detected consistently among individuals who were briefly exposed to ketamine, and reliably distinguished them from those who had been given a placebo. Another measure of the concentration of glutamate/glutamine was also sensitive to ketamine brain effects.

The results will help determine whether potential treatments will be effective against patients’ symptoms by testing them first in healthy volunteers and defining the best doses based on objective physiological data before conducting costly clinical trials, according to the researchers. If the biomarkers are approved by the Food and Drug Admnistration, the developments of this study will be the first objective biomarkers registered to permit approval of new glutamate-modulating treatments for schizophrenia.

The paper is titled, “Multicenter Validation Study of Biomarkers for Glutamate-Targeted Drug Development in Psychotic Disorders: A randomized clinical trial.” The study was led by Jeffrey Lieberman, MD, the Lawrence C. Kolb Professor and chairman of the department of psychiatry at Columbia University Medical Center.

The study was supported by a government contract (HHSN271201200007I) to NYSPI/Research Foundation for Mental Hygiene, Inc.