Researchers at Columbia University Mailman School of Public Health studied the relationship between levels of New York City pollution and the returns on the S&P 500. Based on 10 years of data, they reported a significant negative effect of particulate matter 2.5 on S&P 500 returns. A one standard deviation increase in ambient PM2.5 reduced same-day returns by 12 percent. The findings, published in the National Bureau of Economic Research, have been widely reported on in the media, most recently by New York public radio on October 11th.

“The effects are substantial” according to Dr. Matthew Neidell, professor of health policy and management at Columbia Mailman School. “Wall Street traders appear less willing to take risks on days with elevated air pollution. They shift away from the stocks on the S&P 500 and go to safer investments instead.”

The researchers used daily weighted records from January 2000 through November

2014 to compute the daily returns, and the Volatility Index, often referred to as the “fear index,” to investigate risk aversion as a potential mechanism. Air quality data were obtained from the New York State monitoring network designed in compliance with federal U.S. Environmental Protection Agency (EPA) regulations and weather data was based on hourly observations from the Air Quality System of the EPA.

The traders faced PM 2.5 exposure at various times during the day. PM 2.5 easily enters buildings, and unlike other common air pollutants – which either remain outside or break down very rapidly once indoors – going inside reduces one’s exposure to PM 2.5 only minimally. The particles that compose PM 2.5 also make this pollutant particularly harmful. It penetrates deep into human lungs and passes into the circulatory system to induce both respiratory and cardiovascular effects. The current research proposes the link between PM 2.5 and cognition, which affects risk taking behavior, and risk taking behavior affects stock returns.

Dr. Neidell also points out their current line of thinking extends beyond the world of finance. “Anyone’s decisions could be affected by the air they’re breathing in. “All kinds of calculations are made on a daily basis, and any number of complex problem-solving involves cognitive processing.” 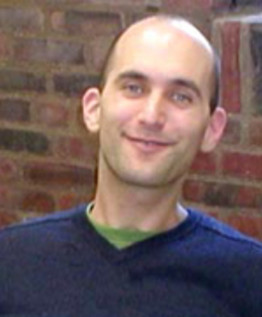 For example, previous research by Dr. Neidell looked at field workers. On days that pollution was higher, their productivity went down. His team found similar results while examining workers at a call center in China.

“Our earlier research on the effect of pollution on worker productivity focused either on work in outdoor settings and/or in low skilled occupations. By focusing on financial market professionals, we extended this to include a set of indoor workers in a highly skilled, cognitively-demanding occupation, suggesting the detrimental effect of pollution on workplace performance is even more widespread than previously believed.”