A study conducted by Columbia Mailman School of Public Health and the Muhimbili University of Health and Allied Sciences (MUHAS) in Tanzania sheds light on the factors that influence young people’s access to and use of alcohol, and subsequent engagement in safe or unsafe sexual behaviors. The results showed that alcohol use intersects with a spatial dimension in relation to where youths are consuming alcohol and subsequently engaging in sex which, in turn, influences their likelihood of using condoms and practicing safer sex. The findings are published online in the Archives of Sexual Behavior.

“Our study aimed to understand the spaces in which young people are engaging in sex after drinking alcohol, the ways in which space is influenced by social and cultural perspectives and the economic realities of their lives and, that in turn, influence their likelihood of using condoms in such contexts,” said first author Dr. Marni Sommer, associate professor of sociomedical sciences at Columbia Mailman School. 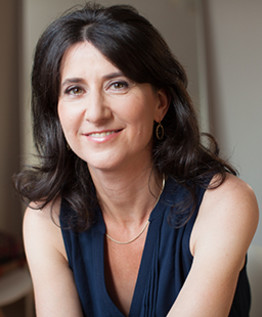 The researchers explored the experiences and perspectives of 177 adolescent girls and boys in and out of school in four sites across Dar es Salaam, Tanzania. These included in-depth interviews with the adolescents as well as adults; mapping alcohol density outlets and advertising around schools and youth centers, and participatory activities conducted with adolescent boys and girls in and out of school.

Very frequently described spaces for sex after alcohol included guesthouses and rented rooms — both articulated as spaces more likely to be used when there was some advance planning or preparation with regard to the likelihood of a sexual encounter after drinking. Young people said these spaces were preferred for their convenience, comfort, and for the ready availability of condoms. By contrast, youth described a range of situations in which they might have sex after drinking and no condoms would be available, such as cars, toilets in bars, the beach, classrooms after school, and alleys.

Young people described gendered norms around adolescent girls’ ability to be away from home, with the expectation that they return to their houses by a certain hour, added an additional pressure of time that pushed for more rushed sex in whatever convenient spaces might exist after drinking. Poorer youth may also be more likely to engage in “rushed sex” due to cost of safer spaces, such as guesthouses.

The alcohol context in Tanzania, as in many sub-Saharan African countries, has been under-studied, despite data indicating heavy episodic drinking (21 percent males; 14 percent females) among Tanzanians. Dr. Sommer and colleagues felt it was important to conduct research to better understand the ways in which the use of alcohol among young people in urban areas of sub-Saharan Africa, particularly those with a high-density of alcohol outlets, is intersecting with their sexual encounters, and how this dynamic is influencing the practice of safer sex.

Unique to this study was the inclusion of adolescent girls and boys in a range of participatory activities, such as photovoice, mapping, and story writing, that enabled insights into the alcohol-sex dynamics from the perspectives of young people themselves.

Dr. Sommer recommends that future research identify new and innovative ways to assure that condoms are more widely accessible for youth engaging in sex.  She also sees a critical need for structural and environmental interventions that both reduce youth access to alcohol, and increase the availability and accessibility of condoms in spaces and situations where alcohol is sold or consumed.

“It is key to keep youth at the center of public health research focused on improving their sexual and reproductive health,” said Dr. Sommer. “They are the knowers of their own lives, and often have the most useful insights for how to best address the vulnerabilities they encounter in daily life.”

The study was supported by the National Institutes on Alcohol Abuse and Alcoholism.