Mood disorders, including depression, are the most common comorbid conditions in individuals with epilepsy, but the cause remains unclear, according to a latest study by researchers at Columbia University Mailman School of Public Health and Rutgers University. The findings suggest that there may be a shared genetic susceptibility to these conditions, expressed only in people with focal epilepsy, in which seizures start in one part of the brain. Results of the study are published in the journal Epilepsia. 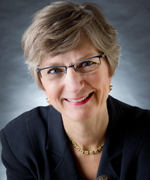 “While the comorbidity of mood disorders and epilepsy has been known for a long time, mood disorders are under-recognized and under-treated among people with epilepsy, noted Dr. Ruth Ottman, professor of epidemiology at the Mailman School of Public Health and deputy director for research at the G.H. Sergievsky Center of Columbia University.

Taken together, the findings are consistent with the hypothesis of shared genetic susceptibility to epilepsy and mood disorders, but the effect may be restricted to focal epilepsy and may only be expressed in individuals whose epilepsy susceptibility-related genes are ‘penetrant’ — that is, in people who have epilepsy, according to the authors.

In the U.S., about 2.3 million adults and more than 450,000 children and adolescents have epilepsy, and anyone can develop the disorder. In 2015, an estimated 16.1 million adults at least 18 years old in the U.S. had at least one major depressive episode in the past year, according to federal figures.

“This study points to the importance of screening and treatment,” Dr. Ottman said. “Additional research is needed to identify specific genes that raise risk for both disorders, and may lead to development of promising new treatments.”

January 18, 2018 "Vanderbilt Alumna Lead Author on Pilot Study: Correlates to Problem Behaviors in Pediatric Narcolepsy" January 18, 2018 "Columbia: The War on Poverty of the Sixties – A Significant Legacy on Health Care in America Today"