Retailers in minority and low-income communities are more likely to sell and advertise the most inexpensive and risky alternative tobacco products, according to a new study conducted at Columbia University Mailman School of Public Health. Potentially less risky, non-combusted products such as smokeless tobacco and e-cigarettes are more accessible in higher income and predominantly White neighborhoods. Until this study, little was known about the ways in which alternative tobacco products are promoted in the retail environment in the context of the tobacco risk continuum. The study results are published online in the journal Nicotine and Tobacco Research.

“Alternative tobacco products such as cigars, smokeless tobacco and e-cigarettes continue to be popular amid declining cigarette sales,” said Dr. Daniel Giovenco, assistant professor of sociomedical sciences. “And New York City is an ideal setting in which to study tobacco retail, given its high retailer density and the heterogeneity and diversity of its many neighborhoods.” 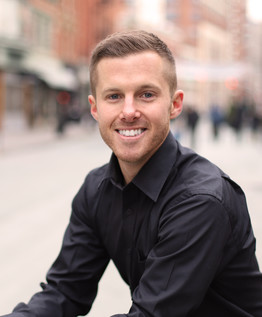 Using in-person store audits, the researchers collected data from a representative, randomly selected sample of nearly 800 tobacco retailers in New York City to document the availability and advertising of cigarettes, cigars, smokeless tobacco, and e-cigarettes at the point-of-sale. Analyses examined differences by store type and neighborhood demographics to uncover the potential relationship between alternative tobacco product promotion and health disparities.

Product advertising followed similar patterns. Although cigars and e-cigarettes were advertised at similar rates across the city (21 percent and 27 percent, respectively), advertising prevalence differed based on neighborhood racial/ethnic makeup. For example, cigar advertisements were more common in largely Black neighborhoods (31 percent), which were also the same neighborhoods least likely to advertise e-cigarettes (20 percent).

“These findings may reflect consumer demand, as retailers might be more likely to carry and promote products that their customers currently use,” noted Dr.  Giovenco. “Nonetheless, groups other than current users, such as susceptible nonusers and youth, are known to be influenced by product marketing. Although exposure to any type of tobacco promotion among these at-risk groups is concerning, the disproportionate marketing of the riskiest tobacco products in socially and economically disadvantaged communities is particularly troubling.”

Alternative tobacco products fall on a continuum of harm, with combusted tobacco presenting the greatest health risks to users. “While public health efforts should restrict point-of-sale marketing for all tobacco products, policies should prioritize reducing the appeal and affordability of combusted products that are overwhelming responsible for the death and disease caused by tobacco use.” Dr. Giovenco praised New York City’s new 2018 law that raises the minimum price of cigarettes and cigars and suggests that other localities follow suit.

The work was supported by the National Institutes of Health (DP5OD023064).