A new study documents the prolonged and difficult path patients face before they are diagnosed with mitochondrial diseases, a group of rare, debilitating genetic disorders. The study was led by researchers at Columbia University Mailman School of Public Health and Columbia University Irving Medical Center; findings appear in the journal Neurology Genetics. 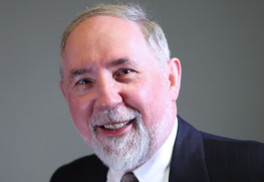 An estimated 75,000 Americans live with genetic conditions that result from failures of the mitochondria — intercellular compartments responsible for creating more than 90 percent of the energy needed by the body to sustain life and support organ function.

The researchers conducted a survey of 210 patients with physician-diagnosed mitochondrial disease recruited through the National Institutes of Health-funded Rare Diseases Clinical Research Network. On average, patients said they saw more than eight different physicians prior to getting a diagnosis. More than half (55 percent) reported being misdiagnosed on their way to a mitochondrial disease diagnosis, and of these, nearly one-third (32 percent) were misdiagnosed more than once. The most common misdiagnosis was for psychiatric disorder (13 percent), followed by fibromyalgia (12 percent), chronic fatigue syndrome (9 percent), and multiple sclerosis (8 percent). Along their diagnostic journey, most patients underwent several diagnostics tests, including blood tests, brain MRIs, muscle biopsies, and genetic tests.

“This study demonstrates that the road to a mitochondrial disease diagnosis is typically long and hard, involving visits to numerous clinical specialists, conflicting diagnoses, and repeated and sometimes painful and invasive testing,” says Dr. Michio Hirano, the paper’s senior clinical author and chief of the neuromuscular division at Columbia University Irving Medical Center.

“We tried to be sensitive to the patients’ experience and burden,” says Dr. John L. P. (Seamus) Thompson, the study’s senior author, professor of biostatistics at the Mailman School, who worked with a former student, Mr. Johnston Grier, and the other authors to design the 25-item study questionnaire.

“As much as we wanted to ask them every question we had, we had to design a streamlined survey to get a good response,” said Mr. Grier, the lead author, who collaborated with the United Mitochondrial Disease Foundation where he became familiar with the patient perspective, which he wove into the survey design.

“The heterogeneity of symptoms plays a role in prolonging diagnosis,” says Dr. Hirano. “Patients often start by seeing their primary care physician, most of whom, understandably, aren’t familiar with mitochondrial diseases, which can mimic other disorders.

“These findings signal a need for improved diagnostics, particularly in the areas of genetic testing, standardized diagnostic criteria, as well as improved clinical training,” he adds. “We will continue to monitor the diagnostic process over the coming years.”

Additional co-authors of the study, titled “The Mitochondrial Disease Patient’s Diagnostic Odyssey: Results of A Survey,” were Dr. Amel Karaa of Harvard University and Ms. Emma Shepard, a student at the Mailman School. The study was conducted under the auspices of the North American Mitochondrial Disease Consortium (NAMDC), which is funded by the National Institutes of Health (5U54NS078059-06).