Prescription drug monitoring programs (PDMPs) are a key component of the President’s Prescription Drug Abuse Prevention Plan and considered a critical tool for reducing prescription opioid-related illness and death. The results of a study just conducted at Columbia University Mailman School of Public Health and University of California, Davis, show there is insufficient evidence to confirm whether implementing these programs actually increases or decreases overdoses. The findings are published online in Annals of Internal Medicine. 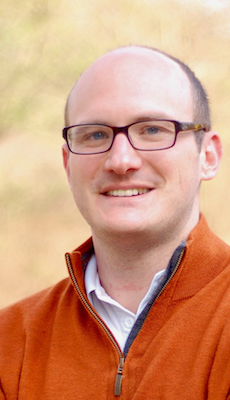 “Our aim was to systematically search and review the literature to assess whether these programs are associated with changes in nonfatal or fatal overdoses,” said Mr. David Fink, doctoral candidate in epidemiology at the Mailman School of Public Health, and first author. “The evaluations would also help us determine whether specific administrative features of PDMPs correlate with these outcomes and, if so, which elements are most influential.”

“We also hoped to learn of any potential unintended consequences associated with PDMPs,” said Dr. Magdalena Cerdá, associate professor, department of emergency medicine at UC Davis and co-senior author, “What we found was that vast variations in programs and their administrative features make them especially challenging to study.”

Using a meta-analysis of publications indexed on MEDLINE, Clarivate Analytics, and ProQuest Dissertations indexed through December 2017, they found that of 2,661 articles, 17 of them met the inclusion criteria, 10 of which linked the implementing of programs to reducing fatal opioid overdoses. Mandatory review by providers of PDMP data, composed of a comprehensive prescribing history for each patient before writing prescriptions was the most studied program feature associated with this outcome. Other elements correlating with a decrease in fatal overdoses were frequent — at least weekly — updates of PDMP data, provider authorization to access PDMP data, and monitoring of nonscheduled drugs.

Three studies showed an increase in heroin overdose deaths after the monitoring programs had been implemented.

“This suggested to us that heroin substitution may have increased after PDMP-inspired restrictions on opioid prescribing,” observed Dr. Silvia Martins, associate professor of epidemiology and co-senior author. “We therefore caution that programs aimed at reducing prescription opioids should also address the supply and demand of illicit opioids.”

Opioid prescribing has increased 350 percent between 1999 and 2015. During the same timeframe, the rate of overdose deaths from both prescription opioids and heroin also increased substantially. PDMPs utilize centralized statewide data systems to transmit prescription data, which can flag patients who are potentially abusing opioids or physicians who are overprescribing.

Currently, all 50 states and the District of Columbia have either implemented a PDMP or have passed legislation to begin doing so. “As such, it is crucial to determine if these programs are helping to reduce opioid overdose,” noted Dr. Fink. “So far, the definitive conclusion we can draw from our evaluation is that the evidence is insufficient and that much more research is needed to identify a set of ‘best practices.’”

May 9, 2018 "Columbia: What Gorilla Poop Tells Us About Evolution and Human Health" May 10, 2018 "BU Finds Evaluation and Treatment of Depression May Help Patients with Mild Cognitive Impairment"