Researchers at Columbia University Mailman School of Public Health and Columbia’s Irving Medical Center and NewYork-Presbyterian have identified two new breast cancer genes. Having one of the genes — MSH6 and PMS2 — approximately doubles a woman’s risk of developing breast cancer by age 60. The study was published online in Genetics in Medicine. 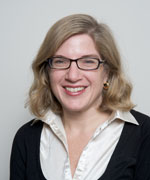 Researchers had suspected that Lynch syndrome genes may also cause breast cancer. Some studies had found a link, whereas others had not. Given the fact that genomic analysis is becoming more common in patients with a personal or family history of cancer, there is an opportunity to do more targeted breast cancer screening in women who carry any of the genes associated with risk for this disease, according to the authors.

The researchers analyzed a database of more than 50,000 women who had undergone multi-gene hereditary cancer testing between 2013 and 2015. Of these, 423 women had a mutation in one of the four genes that cause Lynch syndrome: MLH1, MSH2, MSH6, and PMS2.

Additional analyses revealed that women with a mutation in two specific Lynch syndrome genes — MSH6 and PMS2 — had a two-fold higher risk of breast cancer compared to women in the general population.

Based on the incidence of cancer in the study population, the researchers calculated that about 31 to 38 percent of women with cancer-causing MSH6and PMS2 variants will develop breast cancer, compared to around 15 percent of women in the general population.

The new study suggests MSH6 and PMS2 should be added to the list of genes to screen for when there is a history of breast cancer. Screening for these genes also would give these families potentially life-saving information to prevent colon cancer by encouraging individuals with the genes to increase the frequency of their colonoscopies.
Currently, testing for Lynch syndrome genes is generally only done when someone has a personal or family history of colon or uterine cancer. The study finding has the potential to impact tens of thousands of people in the U.S. and could change standard practice related to one of the most common cancer predisposition syndromes, the authors note.

“This study adds to accumulating evidence of the potential of  panel testing for improved risk assessment and the need for more prospective studies to validate the absolute risk for rarer mutations,” said Dr. Mary Beth Terry, professor of epidemiology at the Mailman School of Public Health, who also is principal investigator of the National Institutes of Health-funded Breast Cancer Family Registry.

The study is titled, “MSH6 and PMS2 Germline Pathogenic Variants Implicated in Lynch Syndrome are Associated with Breast Cancer” and was in collaboration with GeneDx, a genetic testing company. Dr. Wendy Chung, the Kennedy Family professor of pediatrics (in medicine) at Columbia University Irving Medical Center, and clinical geneticist at NewYork-Presbyterian/Columbia, is the study’s senior author. The research was funded by GeneDx.