Columbia: What Gorilla Poop Tells Us About Evolution and Human Health

A study of the microbiomes of wild gorillas and chimpanzees offers insights into the evolution of the human microbiome and might even have implications for human health. The research project was led by scientists at the Center for Infection and Immunity (CII) at Columbia University Mailman School of Public Health. Findings appear in the journal Nature Communications. 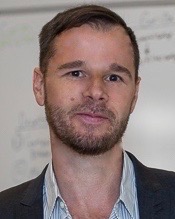 The researchers used genetic sequencing to analyze fecal samples collected by the Wildlife Conservation Society (WCS) from wild African great apes living the Sangha region of the Republic of Congo over the course of three years. Their goal was to understand the mix of gut microbes living in gorillas and chimpanzees and compare them to those already documented in other non-human primates and human populations. They found that gorilla and chimpanzee microbiomes fluctuate with seasonal rainfall patterns and diet, switching markedly during the summer dry period when succulent fruits abound in their environment and make up a larger proportion of their diet, as opposed to their usual, more fiber-rich diet of leaves and bark.

These seasonal shifts in the microbiomes of gorillas and chimpanzees are similar to seasonal microbiome changes observed in the human Hadza hunter-gatherers from Tanzania, who also rely heavily on the seasonal availability of foods in their environment. Seasonal shifts in the microbiomes of human industrialized cultures, such as the United States, are likely less prevalent owing to reduced reliance on seasonally available foods and globalization of the food supply, as evident in any grocery store.

“While our human genomes share a great deal of similarity with those of our closest living relatives, our second genome (the microbiome) has some important distinctions, including reduced diversity and the absence of bacteria and archaea that appear to be important for fiber fermentation,” says first author Ms. Allison L. Hicks, a researcher at CII. “Understanding how these lost microbes influence health and disease will be an important area for future studies.”

“We observed dramatic changes in the gorilla and chimpanzee microbiomes depending on seasons and what they are eating,” says senior author Dr. Brent L. Williams, assistant professor of epidemiology at CII. “Bacteria that help gorillas break down fibrous plants are replaced once a year by another group of bacteria that feed on the mucous layer in their gut during the months they are eating fruits.

“The fact that our microbiomes are so different from our nearest living evolutionary relatives says something about how much we’ve changed our diets, consuming more protein and animal fat at the expense of fiber,” says Dr. Williams. “Many humans may be living in a constant state of fiber deficiency. Such a state may be promoting the growth of bacteria that degrade our protective mucous layer, which may have implications for intestinal inflammation, even colon cancer.”

All great apes are endangered or critically endangered. Down to fewer than 500,000, their numbers have been reduced through deforestation — which destroys their habitat — and through hunting, including for meat. Even infectious disease is a major factor — as many as one-quarter of the world’s gorilla population has died because of Ebola.

“We are losing biodiversity on a global scale,” cautions co-author Dr. Sarah Olson, associate director of wildlife health at WCS. “In fact, our own human microbiome is not immune to this phenomenon. There is an ever growing need for conservation efforts to preserve environments that are vital to the health of animal populations.”

“This study underscores the importance of a One Health framework in focusing not only on diseases but also on understanding more about normal physiology,” said co-author Dr. W. Ian Lipkin, John Snow Professor of Epidemiology and director of CII. “It also provides evidence to support the adage that you are what you eat.”