Columbia: Where You Live, Walk, and Eat in New York City Are Important for Controlling Diabetes

In the first study to directly examine the relationship between environment and individual’s ability to control their diabetes, researchers at Columbia University Mailman School of Public Health and the New York City Department of Health and Mental Hygiene found there is a link between the neighborhood food, built and economic environment where you live and the ability to achieve glycemic control. Their results are consistent with the premise that areas with greater resources to support healthy eating and physical activity, and a high socioeconomic environment are associated with improved glycemic control in persons with diabetes. The results are published in the American Journal of Epidemiology.

“Our study is the first to look at a wide range of built and economic features of a residential environment and how they may affect a person’s ability to control their diabetes,” said Dr. Andrew Rundle, associate professor of epidemiology at the Mailman School of Public Health. “And until now, no study had evaluated whether these cumulative exposures were associated with glycemic control in a large multiracial, multiethnic population.” 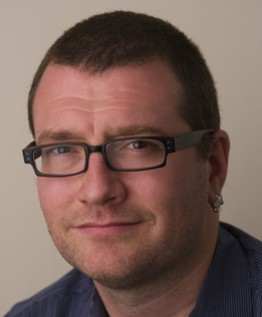 The researchers analyzed multiple hemoglobin A1C measurements through time from 182,756 New York City adults with diabetes over a 7-year period. Reductions in A1C levels through time, to below 7 percent, indicated that a diabetic had achieved glycemic control.  Living in neighborhoods with more advantaged socioeconomic conditions, greater ratio of healthy food outlets to unhealthy food outlets, and higher neighborhood walkability were associated with achieving glycemic control.

In 2006, the New York City Department of Health and Mental Hygiene implemented mandatory reporting of hemoglobin A1C tests to the A1C Registry, which enabled public health surveillance of diabetes trends in New York City. Consistent with the American Diabetes Association’s diagnostic criteria, diabetes was defined as at least two A1C tests with a value of greater or equal to 6.5 percent since the Registry was launched. NYC residents with diabetes 18 years of age and older who had at least one A1C test every year in the Registry between January 2007 and December 31, 2013 were included in the study.

“It is possible also, that the environments around where a person works may also affect their ability to achieve glycemic control,” said Dr. Rundle. “However, since the A1C registry does not include information on work locations we were not able to test this idea with these data.”