To examine whether sexual attraction is an important predictor of sexual minority adolescent pregnancy, Dr. Margaret Paschen-Wolff, a graduate of the doctoral program at CUNY Graduate School of Public Health and Health Policy, led a study stemming from her doctoral thesis which was published with CUNY SPH FacultyDr.  Christian Grov and Elizabeth Kelvin in the journal LGBT Health.

Using data from the 2002 to 2015 National Survey of Family Growth (NSFG), the researchers compared pregnancy among ASMW versus non-ASMW by sexual identity, attraction, and experience separately, and in a combined model in which interaction of aspects of sexuality and survey cycle was tested. The combined model was then stratified by survey cycle. 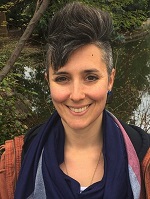 “The results suggest the importance of measuring sexual attraction when examining pregnancy disparities among ASMW,” says Dr. Paschen-Wolff.  “Attraction may be a particularly important component for measuring adolescent sexual orientation over and above sexual identity or experience since adolescents may not want to affix an identity label to their sexuality or may not yet have had partnered sexual experiences. Sex education and teen pregnancy prevention programs should take sexual diversity into account for all adolescent women.”