Dr. Katarzyna Wyka, a Professor at the CUNY Graduate School of Public Health and colleagues studied loneliness among persons with severe mental illness.  The findings were published in Journal of Nervous and Mental Disease. 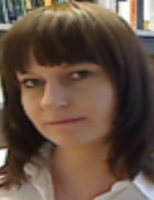 Although studies show that loneliness increases risk of illness and hastens death, it is poorly understood among persons with severe mental illness.

The research team used data on 150 people with severe mental illness. They used logistic regression to predict loneliness from sociodemographic and clinical characteristics, and psychiatric hospitalization from presence of loneliness.

Loneliness was found to be associated with lack of willingness to ask for help and high levels of internalized stigma. Participants who were most lonely were almost 3 times more likely to be placed in psychiatric hospitals as those who were less lonely. Results suggest that loneliness may in part explain the association between internalized stigma and psychiatric hospitalization.

The authors concluded that their findings could be used to help prevent inpatient stay.