Drexel Finds Undocumented Immigrants Unlikely to See Doctor, but Healthier Than Others

Undocumented Latino immigrants have some of the lowest rates of health care use — and signs point to it getting worse.

A Drexel University study used information from a health survey conducted between 2011 and 2015 in California to analyze health care access and use among Latinos. Led by Dr. Alex Ortega, PhD, professor and chair of the department of health management and policy in Drexel University Dornsife School of Public Health, the researchers found that immigrant Latinos — especially undocumented immigrants — have much lower rates than U.S.-born Latinos and white citizens.

Worse yet — the numbers have trended downward from a similar study Dr. Ortega did 15 years ago.

“There are significant disparities in access to and utilization of health care by legal authorizations status,” Dr. Ortega said. “And given the current political climate that is very hostile to immigration — especially from Latin America — we can only expect the disparities to get worse.”

In this most recent study — published in Medical Care — less than half of the undocumented immigrants (who amounted to roughly 3,000 survey respondents) had any type of health insurance. Moreover, with roughly four in 10 not having a regular source of care or having seen a doctor at all, undocumented immigrants were at the bottom of both of those categories, too.

The survey showed that 61 percent of white people reported being in “excellent” or “very good” health, compared to just 25 percent of undocumented immigrants.

However, undocumented immigrants were among the least likely to have been diagnosed with high blood pressure, heart disease, or asthma.

“They have lower risk of chronic disease than other immigrants and U.S. citizens,” Dr. Ortega pointed out. “The political talking point that undocumented immigrants come to the U.S. and overburden our health care system is not evidenced by our findings.”

So how is it possible that this population is less likely to see a doctor but still seems less prone to chronic disease? 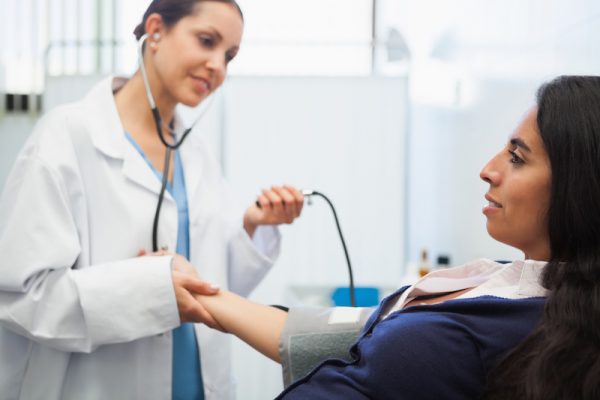