A new Drexel University study found that 30 percent of mayors don’t believe civic policies can reduce health disparities in their cities, and it appears that individual political ideology is strongly related to those beliefs. 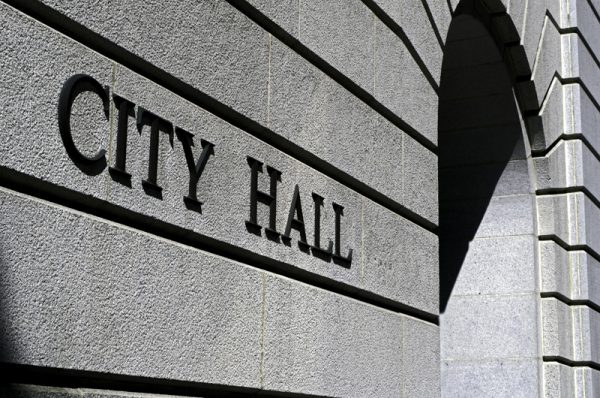 The study surveyed more than 500 mayors and health commissioners of cities across the United States, gauging their beliefs on health disparities in their own cities. A health disparity occurs when one group within a population has disproportionately worse health than another group. In the United States, the problem is widespread. The nation’s poorest residents are more than three times as likely to be in bad health than the richest segment of the population.

Led by Dr. Jonathan Purtle, assistant professor in the Drexel University Dornsife School of Public Health, the study showed that only about 8 percent of mayors who identified as socially conservative believed municipal polices would have a major impact on health disparities in their city. Among socially moderate and liberal mayors, approximately 23 and 29 percent (respectively) believed city policies could have major influences.

“There are lots of things that mayors and health commissioners can do that could influence health disparities — such as influencing pedestrian safety , decisions on the location and offerings of health clinics and programs, and decisions related to the education system,” said Purtle, who published the findings in The American Journal of Public Health. “They can play a major role in determining which communities in a city get what, how much they get, and when they get it.”

Dr. Purtle and his study team hoped this research would reveal some prime areas for making inroads with civic decision-makers.

“I think policymaking is where the great opportunities lie,” said Ms. Jennifer Kolker, a co-author, associate clinical professor and associate dean for Public Health Practice in the Dornsife School of Public Health. “We can help mayors and health commissioners recognize the policy impact that they can have.”

One area where political and ideological influences were found, surprisingly, was among people holding the position of health commissioner — generally a less “political” job than mayor since they’re appointed rather than elected

“I was surprised,” Dr. Purtle said. “The findings underscore, in my opinion, how difficult it is for people to separate their personal ideology from their professional roles.”

“It’s important for leaders to be aware of that difficulty in making day-to-day decisions,” Ms. Kolker added.

Ms. Rosie Mae Henson, another co-author as well as an Urban Health Collaborative fellow and PhD student in the Dornsife School of Public Health, pointed out that more than 90 percent of those surveyed did recognize that there was some degree of health disparity in their city.

“Their belief that city policies might not have an impact could reflect differential views on the role of government or perceived or real barriers to implementing policies, like a lack of awareness of their policy options. There are efforts underway to try to change this,” Ms. Henson said.

One such effort, she said, is the National League of Cities, which has an initiative designed to educate city leaders on what exactly they can do to promote health in their cities.

Public health researchers and advocates also should not be shy in communicating with decision-makers in cities, the study team feels.

Knowing about the ideological divide that might be coloring how some view their cities’ health concerns and the policies that shape them is invaluable for effectively reaching out.

“Language really matters when it comes to framing messages because our ideological values can be so strong that we are primed to immediately accept or reject a message,” Ms. Henson said.

“People in public health must craft better messages that are tailored to policymakers with different ideologies,” Dr. Purtle said. “We need to meet people where they’re at when communicating about complex issues like health disparities, and use words and frames that are clear and compelling to people with different leanings.”

Co-authors on the study, “US Mayors’ and Health Commissioners’ Opinions About Health Disparities in Their Cities,” also included Dr. Amy Carroll Scott, Ms. Rennie Joshi, and Dr. Ana Diez Roux all of the Dornsife School of Public Health.