Smoking risk drops significantly in college graduates when they live near areas that have completely banned smoking in bars and restaurants, according to a new Drexel University study published in the American Journal of Epidemiology. 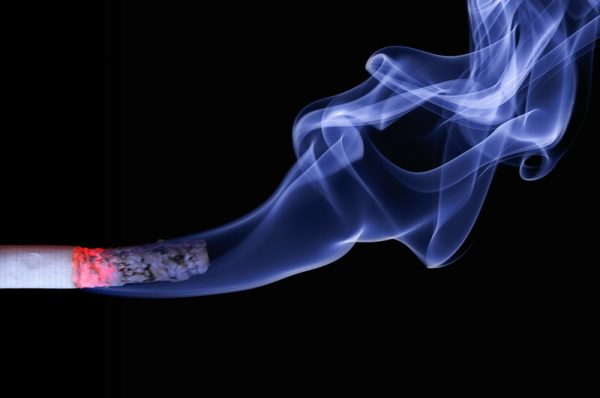 The study — led by former Drexel doctoral student Dr. Stephanie Mayne — found that such bans were associated with high gains in quit attempts by smokers with low incomes.

“Our results suggest that smoking bans may help start the process among people with lower socioeconomic status by making them more likely to try to quit smoking, but that more needs to be done to help translate it into successful smoking cessation,” Dr. Mayne said.

The data showed that the effects of the smoking ban were not uniform in their effect on people with different education or income levels. Overall, the bans appeared to be most effective at reducing smoking risk in people who attained higher levels of education.

Among people with at least a bachelor’s degree, smoking fell by about 20 percent if they lived in areas where a ban was introduced. The study also found that bans reduced the risk of becoming a heavy smoker (smoking 10 or more cigarettes — half a pack — a day). People whose education level didn’t reach a bachelor’s degree didn’t experience a reduction in smoking levels.

However, the introduction of bans did increase the likelihood of trying to quit among people with lower incomes. People in the lowest income bracket were about 15 percent more likely to try to quit if they lived in an area where a ban was introduced.

Many studies have shown that smoking bans reduce exposure to secondhand smoke — and populations with lower education have higher than average exposure to it. So although risk of smoking didn’t appear to change for this group of people in the study, bans remain beneficial.

All the same, the study showed that smoking bans won’t be enough to properly address smoking risk.

“Inequalities in the effects of bans on smoking highlight the need for a multi-pronged approach — including tobacco taxes and ensuring that tobacco companies do not promote their products to vulnerable populations – as well as providing free smoking cessation counseling and pharmacotherapy,” Dr. Auchincloss said.