Dr. Shiriki Kumanyika, a research professor in the department of community health and prevention at the Drexel University Dornsife School of Public Health, and a leading expert on obesity, nutrition and public health is a contributing author to the new “The Lancet Commission Report: The Global Syndemic of Obesity, Undernutrition and Climate Change” (January 2019). 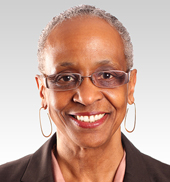 The report explores the role of “powerful vested interests and misplaced economic incentives” as the major drivers of the joint pandemics of obesity, undernutrition and climate change in countries around the world. The authors highlight the critical link between how our food is produced and marketed, obesity, and the dramatic and dangerous climate shifts we are seeing across the globe.

“The fact that food production is one of the largest contributors to climate change is just one example of the critical need to address these problems together. Agriculture contributes 15-23 percent of all greenhouse gas emissions,” says Dr. Kumanyika, citing Lancet report data that also show that when land conversion, food processing, and waste are taken into account, the percentage can rise as high as 29 percent.

Dr. Kumanyika also points out that obesity is associated with major economic costs globally. The Lancet Commission reports that “excess body weight is estimated to affect 2 billion people worldwide, causing 4 million deaths, at a cost of $US2 billion annually, or 2.8 percent of the world’s gross domestic product (GDP).

At the same time, we have a very costly crisis of undernutrition. Stunting and wasting affect 155 million and 52 million children worldwide, 2 billion people suffer from a micronutrient deficiency, and 815 million people are chronically undernourished. In Africa and Asia, undernutrition costs 4-11 percent of GDP.

The commission calls for US$1 billion from philanthropic and other sources to support broad social advocacy in 100 countries to implement food and nutrition policies to address this problem.

February 1, 2019 "UAB: Identification of Leukocytes Associated With Midday Fogging in the Post-Lens Tear Film of Scleral Contact Lens Wearers" February 1, 2019 "Taiwan Research Shows Insufficient or Too Much Sleep Linked to a Greater Risk of Youth Suicidality"