Drexel Study: When Vegetables Are Closer in Price to Chips, People Eat Healthier

When healthier food, like vegetables and dairy products, is pricier compared to unhealthy items, like salty snacks and sugary sweets, Americans are significantly less likely to have a high-quality diet. 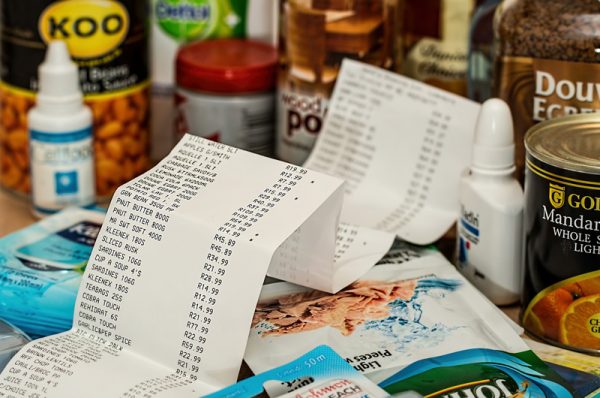 The research, led by Dr. David Kern, an adjunct faculty member at Drexel University Dornsife School of Public Health, and Dr. Amy Auchincloss, an associate professor in the School, sought to find out the real effect that price difference has on the quality of diets in the United States.

“We found that, on average, healthier perishable foods were nearly twice as expensive as unhealthy packaged foods: 60 cents vs. 31 cents per serving, respectively,” said Dr. Kern, lead author of the study in the International Journal of Environmental Research and Public Health.  “As the gap between neighborhood prices of healthier and unhealthier foods got wider, study participants had lower odds of having a healthier diet.”

For example, the study found that for every 14 percent increase in the healthy-to-unhealthy price ratio (the standard deviation in this study), the odds of having a healthy diet dropped by 24 percent. This was even after controlling for personal characteristics, like age, sex, income, education and other factors.

“We are consuming way too many sugary foods like cookies, candies and pastries, and sugary drinks, like soda and fruit drinks,” Dr. Auchincloss said. “Nearly 40 percent of U.S. adults are obese and less than 20 percent attain recommendations for fruits and vegetables. Cheap prices of unhealthy foods relative to healthier foods may be contributing to obesity and low-quality diet.”

To delve into price impacts, Drs. Kern and Auchincloss used cross-sectional data from 2,765 participants in the Multi-Ethnic Study of Atherosclerosis (MESA). Participants were recruited from six urban areas in the U.S.: New York, Chicago, St. Paul, Los Angeles, Baltimore and Winston-Salem in North Carolina. Each participant’s diet data was linked to food prices at supermarkets in their neighborhood.

Grocery prices were broken down into categories of “healthier” and “unhealthy.” Healthier foods included:

Meanwhile, among the unhealthy foods were:

The researchers used the Healthy Eating Index – 2010 (HEI-2010), developed by the United States Department of Agriculture, to assess the study participants’ dietary quality.

“A well-balanced diet of fruits, veggies, whole grains, low-fat milk and lean protein, with a minimal consumption of sodium and sugary foods and drinks — like soda and junk food — would receive an optimal score on the HEI-2010,” Dr. Kern said.

“We originally expected to find the largest impact among individuals in the lowest wealth/income group. However, given the price gap that we found, healthy food may be too expensive for the lowest socioeconomic status group even at its most affordable,” Dr. Kern said. “So the impact of the price ratio is weaker for this group.”

“Prospective studies that examine interventions effecting food prices — such as taxes on soda and junk food or subsidies for fruits and vegetables — would be vital to understand how food prices influence purchasing decisions and subsequent diet quality,” Dr. Kern concluded. “Improving diet quality in the U.S., especially for the most vulnerable populations, is a large public health concern and future research could help address this issue.”

The study, “Neighborhood Prices of Healthier and Unhealthier Foods and Associations with Diet Quality: Evidence from the Multi-Ethnic Study of Atherosclerosis”, was published in November.