For hundreds of thousands of people from Mexico who cross the border into the United States hoping for a better a life, the trip may last just a handful of days—perhaps a month. Yet, new research shows, the negative health effects of these brief or repeated sojourns may last a lifetime. 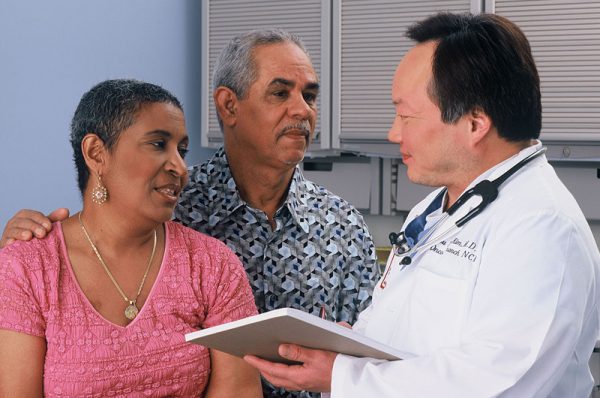 The findings were revealed in a new study led by Dr. Ana Martinez-Donate, from the Department of Community Health and Prevention at Drexel’s Dornsife School of Public Health. Her work shows that a rarely studied group of Mexican migrants—those who travel between the two countries repeatedly—often lose access to health care when they leave their native country.

The study, published in the Journal of Health Care for the Poor and Underserved in December 2017, also suggests that the Hispanic paradox—the idea that immigrants from Hispanic countries are often healthier than non-Hispanic, white Americans, even though they may experience poverty or face other challenges in the U.S.—overlooks the difficulties this group experiences when attempting to access health care.

“Once migrants enter the U.S., they encounter legal, financial, and institutional barriers that can make it hard to get the health care they need,” said Martinez-Donate. “At the same time, they may also lose health insurance or access to the health care they had in Mexico, making it more difficult for them to get medical care if they eventually return.”

These migrants face complex scenarios in both countries. “Aspects of the health care systems on both sides of the border, such as employer-based health care and minimum-stay requirements for health insurance, make it difficult for mobile populations,” said Dr. Félice Lé-Scherban, assistant professor in the Dornsife School of Public Health, who served as a co-author on the study.

While many in this population have significant health care needs, maintaining permanent residence in either country to qualify for health insurance, along with more stable care, can be extremely difficult. Many survive on seasonal labor, following opportunities not only from country to country, but also from state to state, before returning to Mexico briefly to care for family. Others may forgo needed care out of fear of deportation after visiting medical facilities.

The research team’s exploration of the health needs of the population are ongoing, but “traditionally, we have seen higher rates of occupational injuries, obesity, and self-reported markers of chronic disease, such as diabetes, hypertension, and hypercholesterolemia, along with depression and stress and at-risk drinking,” said Martinez-Donate.

Because they are not a part of medical care systems on either side of the border, the unmet health care needs and high rates of health care disparities in this group are often missed by researchers investigating the health of immigrant populations.