Ms. Michelle Taylor, whose online persona is Feminista Jones, has been named among the most influential people in Philadelphia, according to Philadelphia magazine’s ranking of the 100 people shaping life in the city. 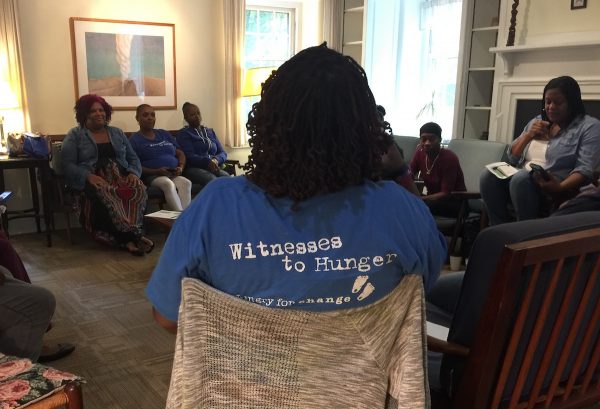 Ms. Taylor was ranked 25th for the outsize influence she wields in the community through her work advocating for social justice.

Ms. Taylor is a social media powerhouse who writes books (Push the Button) and columns (New York Times, xoJane), tweets and Instagrams (@feministajones). She’s become one of the leading voices in the social justice movement. As Feminista Jones, a writer and activist with a massive social media following, she is one of the top crusaders in the push to fix poverty and hunger.

“If we can fix Philly, we can fix the country,” she told the magazine of the effort to eradicate poverty. “The opportunity to innovate and really try to spark something that motivates people is real.”

At Drexel University Dornsife School of Public Health, Ms. Taylor is the director of Witnesses to Hunger, a project of Drexel’s Center for Hunger-Free Communities. Witnesses to Hunger is a research and advocacy project partnering with the real experts on hunger — mothers and caregivers of young children who have experienced hunger and poverty. Through their photographs and stories, Witnesses advocate for their own families and others and seek to create lasting changes on a local, state and national level.

Ms. Taylor is a community organizer, a highly sought-after public speaker and a fierce advocate for the poor, women’s rights and people of color.

As a community organizer, she has organized global campaigns of resistance against police brutality, street harassment, and domestic violence for which she has received international acclaim and national honors. Ms. Taylor is also an award-winning writer whose work has appeared in The Washington Post, EBONY, TIME, and others.

More information on The Center for Hunger Free Communities: Witnesses to Hunger program